Both countries discuss impact of end of US waivers, India to cut oil content, Turkey defiant 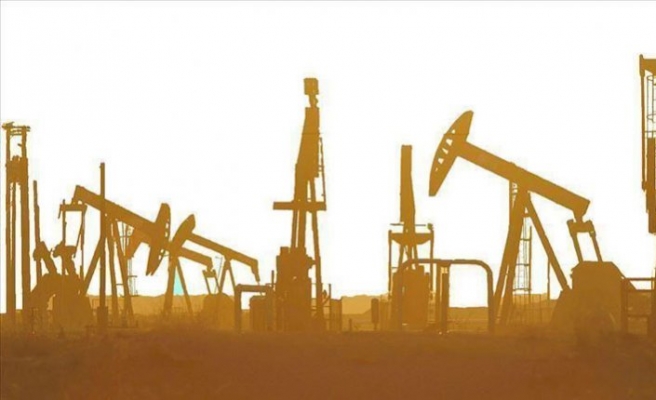 The recent U.S. decision to end sanctions waivers that enabled several major economies to continue buying crude oil from Iran has put Turkey and India on the horns of a dilemma. Both countries have significant energy dependence on Tehran.

For India, the decision came as a double whammy, as Washington has also imposed sanctions on its other top supplier, Venezuela. Also, the timing of the announcement came at a bad time -- in the middle of national elections. The next government will have to face its impact, as soon it takes over in the last week of May. Iran is India’s third-largest supplier of oil after Iraq and Saudi Arabia.

Officially, in a measured response, India said it was adequately prepared to deal with the impact of the U.S. decision; insiders, however, believe that it was expecting a second waiver, keeping in view the close strategic partnership and the new role New Delhi was acquiring in the India-Pacific as a counter-balancing power vis-a-vis China.

External Affairs Ministry spokesperson Raveesh Kumar said the government will continue to work with partner nations, including the U.S., to find all possible ways to protect India's energy and economic security interests. "The government has noted the announcement by the U.S. government to discontinue the Significant Reduction Exemption to all purchasers of crude oil from Iran," he said, adding that India is adequately prepared to deal with the impact of such a decision. India is also analyzing the impact of the sanctions and Iranian response on its development and use of the Iranian port of Chabahar, which was aimed at facilitating alternate connectivity for Afghanistan, bypassing Pakistan.

In Ankara, Turkey’s capital, Foreign Ministry spokesman Hami Aksoy said Turkey was trying to convince the U.S. to allow its biggest oil importer, Tupras, to continue purchasing crude oil from Iran free of sanctions. Since both Turkey and India were in the same boat, the impact of the end of U.S. waivers for imports of Iranian oil was part of discussions between senior Turkish presidential advisor Ibrahim Kalin and India’s national security advisor Ajit Doval last week in New Delhi. Indian officials, however, have indicated that they are gradually reducing their dependence on Iranian oil. Turkey, along with China, has, however, remained defiant.

“The Europeans have set up a mechanism for transaction and payment [to bypass U.S. sanctions on Iran]. We are looking at it now. We will see either if we can join or come up with a similar mechanism,” Kalin told an Indian web portal. Asked whether India had expressed inclination to join such a mechanism during his talks, he said: “No, I haven’t heard that.” He added: “But obviously they [Indians] are not happy with the sanctions.” He said while Turkey was looking at different options, it will continue to have trade with Iran. He asserted that the sanctions on Iran will backfire. “Iranians are remarkably resilient and have learned how to live under adverse conditions since 1979,” he added.

Another area of common concern between India and Turkey has been the deal to purchase S-400 air defense systems from Russia. Both countries are under threat of secondary sanctions triggered by the Countering America’s Adversaries Through Sanctions Act (CAATSA), which aims to deter countries from having substantial deals with Russian defense and security sectors.

India had previously planned to raise oil imports from Iran to around 500,000 barrels per day (bpd) by March 31. But it had to scale this down to only 300,000 bpd. Like during the previous sanction regime imposed by U.S. President Barack Obama, Indian officials are working to use the payment of dues for Iranian crude in Indian rupees, which Iran will use to source non-sanctionable and humanitarian goods like food and medicine from India. But Washington seems stricter this time under President Donald Trump. According to U.S. State Department figures, the sanctions have forced 1.5 million barrels of Iranian oil off the market, denied 75 tankers the flags to sail, and forced the exit of 100-plus corporations from Iran. More than 20 countries have ended all imports of Iranian oil.

Besides oil, the U.S. sanctions are hitting Indian agriculture as well, which is causing concern domestically, as the farm sector is already in distress in the country. Due to the U.S. sanctions, Tehran cannot sell fertilizers directly to India but only through intermediaries, making Indian farmers pay 38% more for Iranian fertilizer.

For India, Iranian crude is crucial due to subsided prices and 90-day credit facility. As the U.S. sanctions deterred international shippers and insurers from extending their services, Iran was providing both tankers and insurance under CIF (Cost, Insurance and Freight) contracts to deliver oil to Indian refineries. The sanctions have also hit India’s plans to acquire the Farzad B gas fields, located in the Persian Gulf.

Tanvi Madan, director of the India Project at the U.S. Brookings Institution, believed that a frustrated New Delhi will see it as one more unilateral U.S. decision that hinders or harms its interests, and constrains its choices. “Even though India is not their primary target, it has become collateral damage to certain U.S. actions. These include the administration’s steel and aluminum tariffs, its withdrawal from the Paris climate change agreement, its intended drawdown or withdrawal from Afghanistan, as well as the sanctions on Iran, Russia and Venezuela. These steps furthermore strengthen the voices -- and hands -- of those in the Indian establishment who urge caution in furthering the partnership with the United States,” she wrote in an essay last week for the think tank.