Shoja'at Alamdari Mourjani, who was buried in the Iranian city of Shiraz, was killed while fighting "takfiri terrorists" in Samarra, Iran's state news agency said 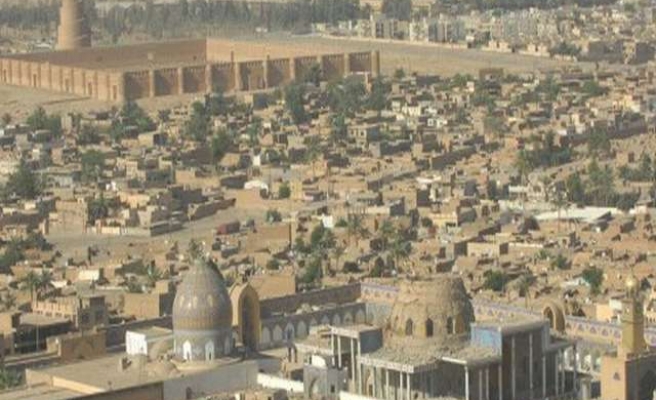 An Iranian pilot was killed defending Shi'ite Muslim holy sites in neighbouring Iraq, Iran's state news agency said, in the first official report of an Iranian death related to an upsurge in violence there since June.

Shoja'at Alamdari Mourjani, who was buried in the Iranian city of Shiraz on Friday, was killed while fighting "takfiri terrorists" in Samarra, north of Baghdad, it said, using a term for Sunni fighters.

There was no information in the IRNA report to indicate whether Mourjani was flying aircraft in Samarra, and whether he went there on his own initiative or on behalf of the Iranian state.

Shi'ite power Iran has said it will not hesitate to defend Shi'ite holy sites in Iraq if necessary, but it has also said Iraq itself is capable of putting down the rebellion.

The Islamic State group has seized territory across the north and west of Iraq, as well as border posts, oilfields, and the north's largest city, Mosul, since June 10. Shi'ite militias have also joined the fray on the Baghdad government's side against the militants.

In recent days there has been fighting in Samarra near an important Shi'ite site, the Imam al-Askari shrine.

A 2006 bombing at the same site exacerbated already severe sectarian tensions between Sunnis and Shi'ites, fuelling a war that killed tens of thousands of people over the next two years.

More than 6,000 people have been killed in violence across Iraq this year, as its sectarian balance comes under acute strain from the civil war in neighbouring Syria.