Majid Jamali-Fashi, a man who looked in his mid-20s, appeared in court to confess the murder of Massoud Ali-Mohammadi in January 2010. 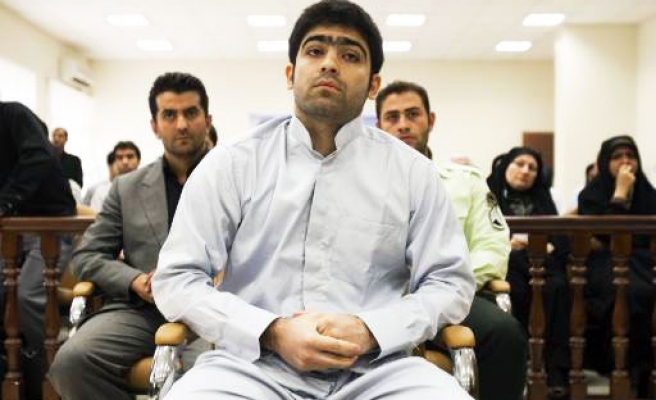 An Iranian man pleaded guilty on Tuesday to the murder of a scientist that prosecutors said was an assassination ordered by Israel to halt Tehran's race for nuclear technology.

Majid Jamali-Fashi, a man who looked in his mid-20s, appeared in court to confess the murder of Massoud Ali-Mohammadi in January 2010, the first of several attacks on scientists which Iran has blamed on foreign agents, state television said.

Ali-Mohammadi, an elementary-particle physicist, was leaving his Tehran home to go to work on Jan. 12, 2010, when a bomb hidden in a motorcycle exploded and killed him.

Two similar attacks on one morning in November killed nuclear scientist Majid Shahriyari and wounded another, Fereydoun Abbasi-Davani, who has since become Iran's atomic energy chief.

Iran blamed Israel and the United States for the attacks, saying the aim was to derail its nuclear programme. Tehran denies Western accusations it is seeking nuclear weapons.

Intelligence Minister Heidar Moslehi told state TV the prosecution was a blow to Israel, which has not ruled out military action against Iran to stop it getting the bomb.

"We managed to make a good penetration into Mossad's intelligence system which bore very good results for us," he said, referring to the Israeli spy service.

"We will soon have good news to inform the public in connection to the large number of (Iranian) Mossad spies whose covers have been blown."

Tehran's chief prosecutor told reporters earlier this week that Jamali-Fashi had been trained and paid by Israel.

"The defendant had travelled to Israel to receive training from Mossad and had agreed to assassinate Dr Ali-Mohammadi in return for $120,000 dollars," Abbas Jafari Dolatabadi told a news conference, according to the Tehran Times daily.

Some people have expressed doubt over Tehran's version of events.

Shortly after his death, an Iranian opposition website said Ali-Mohammadi, was an opposition supporter who backed moderate candidate Mirhossein Mousavi in the disputed June 2009 presidential election, suggesting there may be other possible motives for his murder.

Western analysts said the a 50-year-old Tehran University professor had little, if any, role in Iran's sensitive nuclear work. A spokesman for Iran's Atomic Energy Organisation, said at the time he had not played a role in the body's activities.