Abadi and Jahangiri pledged to continue cooperation in many areas such as energy, industry, trade, agriculture, transportation and tourism. 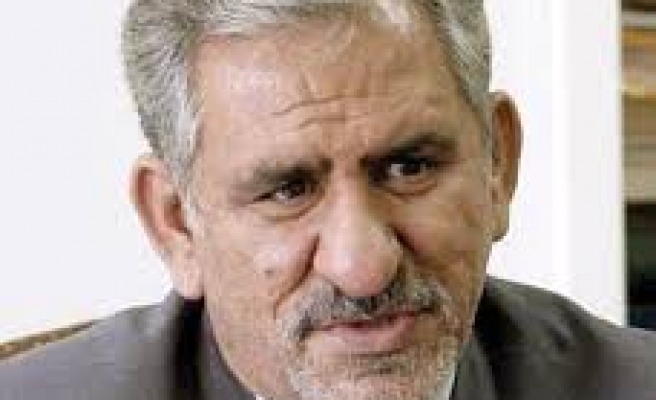 According to a statement issued by the Iraqi prime ministry, Abadi welcomed the Iranian first vice president in an official ceremony and the two held a meeting behind closed doors.

The statement said Abadi and Jahangiri pledged to continue cooperation in many areas such as energy, industry, trade, agriculture, transportation and tourism.

Jahangiri said Iran's political strategy was to support the unity and security of all Iraqi people and praised Iraqi troops for their gains against the Islamic State of Iraq and the Levant.

Iran will support building railways, petroleum pipelines and many other projects that will provide service for Iraq, Jahangiri said according to the statement.

"Iranian companies want to invest in energy, housing, agriculture and health in Iraq," Jahangiri was quoted as saying.

Jahangiri is due to meet with Iraqi President Fouad Massoum, Parliament Speaker Salim al-Jabouri, Amar al-Hakim, the Chief of the Islamic High Council of Iraq and other Shia blocs during his three-day visit.

Following his talks in Baghdad, Jahangiri will also visit Najaf and Karbala and meet with Shia clergymen and local politicians.