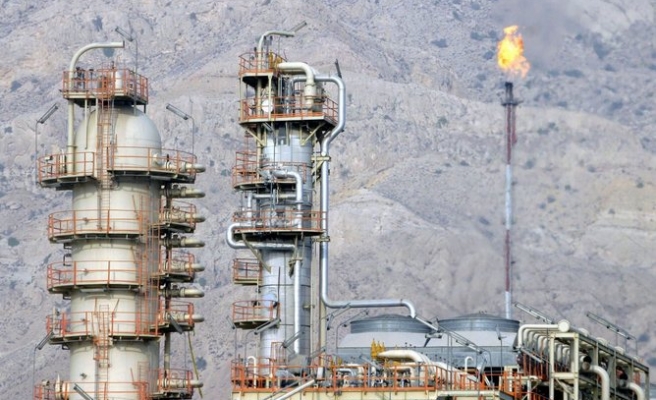 The International Court of Arbitration's decision against Tehran in the gas dispute with Ankara will benefit the Turkish public, as its outcome is anticipated to reduce gas prices in the country, international arbitration lawyers said on Monday.

According to Eric Chang, principal at Chang Law, an international law firm specializing in international commercial arbitration as well as investor-state arbitration said that compensation to Turkish citizens is not a legal matter.

"I would venture to guess that the Turkish utility would follow any directions from the Ministry of Energy and/or Ministry of Justice on this. That is, the government of Turkey is the entity that will receive any monies from Iran. It is up to the government to decide as to what it will do with this money. Presumably, it will pass any monetary recovery on to Turkish gas consumers. As for prospective gas discounts, I would expect that this would also trickle down to Turkish gas consumers going forward," Chang said.

The tribunal has awarded monetary damages amounting to 10-15 percent discount from 2011 until the present day.

"This monetary amount must be paid by Iran. However, it is somewhat unlikely that Iran will automatically honor the award and pay. Arbitration awards are not self-enforcing: Turkey will have to apply to [Turkey's domestic courts] to have it recognized and enforced," he said.

He explained that there are two logical places where the award can be recognized and enforced: Turkey, and Iran. Both Turkey and Iran are signatories to the New York Convention on the Recognition and Enforcement of Foreign Arbitral Awards 1958. Under this treaty, both states agree to enforce foreign arbitral awards as if they were domestic court judgments, and agree to limited reasons to set aside or (vacate) an award.

Turkey brought the case to court because of Iran's high natural gas prices applied to the country during the four year period between 2011 and 2015.

The International Court of Arbitration ruled against Tehran in the gas dispute, officials from Turkey's Energy and Natural Resources Ministry told Anadolu Agency on Tuesday.

Turkey and Iran must decide within three months on the level of discount Turkey will receive on Iranian gas, Turkey's Energy Minister Berat Albayrak said Tuesday.

"For any discounts that may apply prospectively, i.e. from 2016, the award would presumably order specific performance, i.e., command Iran to apply the discounted price going forward," Chang said.

"I would expect Iran would do so, and might not even wait until recognition and enforcement of the award to do so. Of course, Iran may attempt to set aside/vacate the award and challenge it. However, if Iran chooses to do so, it will likely lose on that point, because the New York Convention limits the reasons under which a party may apply to set aside an award. This said, if Iran does file to challenge and set aside the award, this might result in a lengthy procedure lasting months or years," Chang added.

- Price review is the main issue -

William Kirtley, partner at arbitration boutique Aceris Law in Switzerland's Geneva said that if the decision is final and binding, one would assume that an International Chamber of Commerce (ICC) arbitral tribunal (not the ICC Court itself, which merely scrutinizes and approves awards issued by arbitrators) has issued an award pursuant to a price review provision contained in a long-term contract for natural gas between Turkey and Iran.

"It is possible, however, that a final award has not yet been issued and that the price review provision existing in the agreement between Turkey and Iran has a multiple-tier dispute resolution procedure, providing first for an ICC expert determination to be made concerning the pricing provisions, to be followed by an arbitral award if Turkey and Iran are unable to revise the price provision in their long-term contract on their own. One would need a copy of the agreement to determine the precise dispute resolution mechanism that was used," Kirtley said.

According to Kirtley, such price review provisions were inserted in most long-term natural gas sales agreements starting in the 1990’s.

Kirtley said that these provisions are not in a standard form, however, the term 'price review' refers to a variety of different clauses that allows the existing price formula to be altered in circumstances that are specified.

Kirtley reminded that Turkey gave notice for a price review and added that what typically follows is a private and confidential ICC arbitration, much like a domestic court proceeding, where both parties lay out their positions on the need for changes to the pricing provision and an arbitral tribunal decides who is right, often with the assistance of an expert in natural gas markets.

According to Kirtley, arbitrators for such matters are typically highly-esteemed lawyers or retired judges with experience in natural gas markets, although they could be anyone who is independent and impartial that the parties agree to appoint.

"If the price formula was reviewed by arbitration, and an award was issued rather than a mere expert determination, then it is binding and Iran must respect it except in very rare cases where annulment is possible for procedural irregularities," he said.

"If Iran does not respect an award, then Turkey could theoretically enforce it against assets owned by Iran in the 153 States that are parties to the Convention on the Recognition and Enforcement of Foreign Arbitral Awards. If merely an ICC expert determination took place, then this determination is not legally enforceable, and it depends on the good faith of Turkey and Iran to respect it, perhaps followed by a final and binding ICC arbitration if they are unable to update the pricing provision in their contract on their own," he added.

Kirtley also asserted that the case results should benefit Turkish citizens by decreasing the cost of gas.

"It also makes Turkey as a whole a bit stronger economically; since it will reduce its current account deficit which is Turkey’s glaring economic weakness. The $1 billion that was reportedly awarded should also help to fill Turkey’s coffers, which could indirectly benefit citizens depending on how the Turkish State uses it," he said.

Iran's Oil Minister Bijan Namdar Zanganeh accepted the court's decision on Thursday. The Minister said that Turkey will not be allowed to ask for further price reductions or changes in the coming years.

"The amount of the penalty is still negotiable," Zanganeh said.