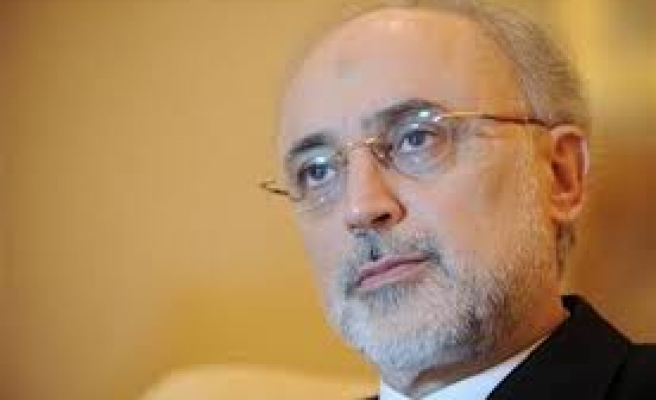 Iran's new atomic energy chief pledged increased cooperation with the U.N. nuclear watchdog on Monday, delivering a conciliatory message ahead of talks between the two sides this month over Tehran's disputed atomic activities.

Ali Akbar Salehi also said Iran was optimistic about the outcome of broader diplomatic negotiations with major powers, should the parties enter "with good intention and with the resolve to solving the ... issue based on a win-win approach".

The election in June of a relative moderate, Hassan Rouhani, as Iranian president and his appointments of senior officials involved in nuclear diplomacy had created a "like-minded group" that would "facilitate the resolution of this issue" if the other side was willing, he said.

"There has always been a movement from the Iranian side. This time we are coming with a more full-fledged ... desire for this," Salehi said, referring to the search for a peaceful settlement of the decade-old nuclear dispute.

Salehi's comments, in a speech at the International Atomic Energy Agency (IAEA) and to reporters afterwards, were in line with the less confrontational signals coming from Tehran since Rouhani succeeded hardliner Mahmoud Ahmadinejad as president.

But, like Rouhani, Salehi stressed that Iran would never "compromise" over what the Islamic state sees as its inalienable right to a civilian nuclear energy programme.

He also declined to say whether Iran would be willing to halt its higher-grade uranium enrichment, the part of its nuclear programme that most worries the West as it is only a short technical step away from the production of weapons-grade material.

"These are issues that will be discussed during the negotiations," Salehi told reporters.

US SEES "PROVOCATIVE" ACTIONS BY IRAN

In Moscow, Russia's foreign minister said Iran was ready to discuss this higher-level enrichment, to a fissile purity of 20 percent, in talks with the six world powers - Russia, the United States, China, France, Britain and Germany.

"This would be a very important step. It is of fundamental importance that the six powers react adequately to this potential agreement," Sergei Lavrov said.

No date has yet been set for a resumption of talks between Tehran and the six powers, but the issue may be discussed on the sidelines of next week's U.N. General Assembly meeting in New York.

Western diplomats have welcomed Iran's change of tone but said it remained to be seen whether there would also be a change in substance.

At the annual IAEA member state meeting, the United States accused Iran of continuing to take "provocative" actions in its nuclear programme, probably referring to the further expansion of its uranium enrichment programme.

Iran says it is enriching uranium only for civilian energy and medicine, denying any aim to acquire nuclear weapons.

Separately from the big power diplomacy, the IAEA has held 10 rounds of talks with Iran since early 2012 in a bid to resume a blocked inquiry into suspected atom bomb research.

The talks have so far yielded no results but Western states see a meeting set for Sept. 27 in Vienna as a litmus test of any substantive Iranian shift from its intransigence during Ahmadinejad's eight years as president.

"I have come here with a message of my newly elected president to further enhance and expand our ongoing cooperation with the agency," Salehi told the IAEA conference.

The aim was to "put an end to the so-called Iranian nuclear file", said Salehi, appointed last month as head of Iran's atomic energy organisation.