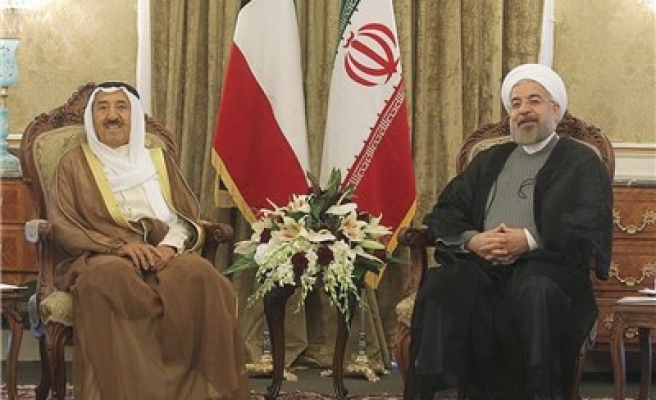 According to Tasnim News Agency, a government news agency in Iran, Rouhani noted that the Iran attaches great significance to ties with Kuwait and expressed the hope that the Kuwaiti emir’s trip to Iran would "open a new chapter for the expansion of cooperation" between the two countries.

The meeting is regarded as a turning point which leaves positive impacts on the bilateral relations.

“We have historical and common interests with Kuwait and grounds are prepared for the expansion of relations,” Rouhani said.

He said there are many capacities in the way of economic relations between the two countries, but at the same time noted the current level of economic ties is not adequate.

Referring to the Iranian administration’s plans to provide investment opportunities in the country, Rouhani made clear there exist suitable grounds for investment by Kuwait’s public and private sectors across Iran’s southern areas, including Abadan and Khorramshahr, the two cities close to Kuwait.

Concerning expansion of tourism industry between Iran and Kuwait, Rouhani insisted that the necessary facilities should be prepared for people of the both countries.

“The relations between the two countries should be enhanced as much as possible; in fact there is no obstacle and limit to the expansion of economic, political and cultural ties between the two states,” Rouhani stressed.

He went on to say that Iran and Kuwait have close and common views on the regional and international political issues, adding that the Middle East region has been facing many problems over the past years, but “we are glad that today we are witnessing a relative stability in the countries of the region.”

Undoubtedly, stability and security in the region are the first conditions for development of relations and cooperation among the regional nations, he expalined.

President Rouhani further referred to radicalism and violence as the major causes of instability and security problems in the region, and called for concerted efforts to fight radicalism and terrorism and strengthen unity among the Islamic Ummah (community).

The Kuwaiti emir, for his part, expressed pleasure with his visit to the Islamic Republic of Iran and said that the Kuwaiti delegation has firm determination to develop economic, cultural and political cooperation with Iran.

Sabah also made clear that the Kuwaiti delegation will not end visits to Tehran until reaching agreement on the major economic and cultural cooperation envisaged earlier by the two governments.