Iran's foreign minister has accused Israeli PM Benjamin Netanyahu of trying to undermine Iran's negotiations towards a nuclear deal with world powers in order to distract from the Palestinian question. 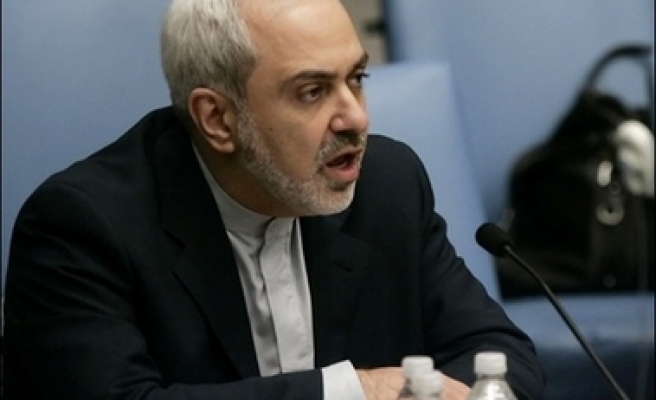 Netanyahu is due to speak against a potential nuclear deal between Iran and the United States before U.S. Congress on Tuesday. His planned appearance, on invitation from the Republicans, has angered U.S. officials for its partisan nature and is likely to worsen his already frosty relations with President Barack Obama as well as undermine the wider U.S.-Israel alliance.

"It is regrettable that a certain group sees benefits in tension and crises... Netanyahu is opposed to any sort of solution," Mohammad Javad Zarif said at a joint news conference with his Italian counterpart Paolo Gentiloni, on Saturday.

Zarif is due to meet U.S. Secretary of State John Kerry and other Western officials in Switzerland this week to try to reach a deal on Iran's disputed nuclear programme. The West fears Iran wants to develop the atomic bomb. Tehran denies it is seeking nuclear weapons.

"This shows an attempt to take advantage of a fabricated crisis to cover up the realities of the region which include the occupation and repression of the people of Palestine and the violation of their rights," Zarif said.

Israel fears that Obama's Iran diplomacy, with an end-of-March deadline for a framework nuclear agreement, will still allow its arch foe to develop an atom bomb.