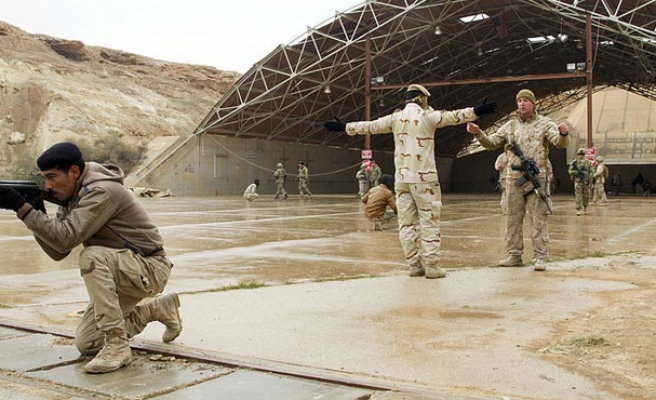 The Iraqi military is cooperating with counterparts from Russia, Iran and Syria to counter the threat from the ISIL group.

That according to a statement issued on Saturday by the Iraqi military's joint operations command.

The statement said the agreement came "with increased Russian concern about the presence of thousands of terrorists from Russia undertaking criminal acts with ISIL."

The statement appeared to contradict remarks made a day earlier by Iraqi Foreign Minister Ibrahim al-Jafaari who said his country had not received any Russian military advisers to help its forces.

Analysts say Russia has stepped up its military involvement in Syria in recent weeks while pressing for Damascus to be included in international efforts to fight ISIL, a demand Washington rejects.

Critics have urged U.S. President Barack Obama to be more decisive in the Middle East, particularly towards the Syrian conflict, and say lack of a clear American policy has given ISIL opportunities to expand.

Russian news agency Interfax quoted a military diplomatic source in Moscow as saying the Baghdad coordination center would be led on a rotating basis by officers of the four countries, starting with Iraq.

The source added a committee might be created in Baghdad to plan military operations and control armed forces units in the fight against ISIL.

A Russian foreign ministry official told Interfax on September 25 that Moscow could "theoretically" join the U.S.-led coalition against ISIL if Damascus were included in international efforts to combat ISIL and any international military operation in Syria had a United Nations mandate.

Despite more than $20 billion in U.S. aid and training, Iraq's army has nearly collapsed twice in the last year in the face of advances by ISIL, which controls large swathes of territory in the north and west of the OPEC oil producer.