Prince Turki al-Faisal said the Islamic State of Iraq and the Levant (ISIL) insurgency should have come as no surprise. 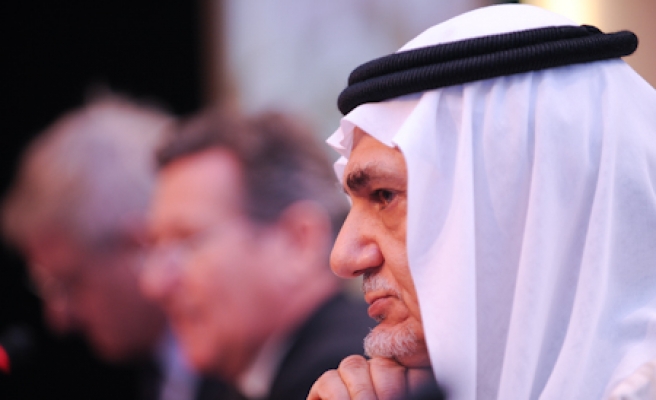 A senior Saudi prince blamed the Iraqi government of Nuri al-Maliki for the loss of wide areas of northern Iraq to militants, saying Baghdad had failed to stop them joining forces with former Baathists from the Saddam Hussein era.

Prince Turki al-Faisal, a former Saudi intelligence chief who broadly reflects official thinking in Riyadh, said the Islamic State of Iraq and the Levant (ISIL) insurgency should have come as no surprise.

"The situation in the Anbar area of Iraq has been brewing and boiling for some time and the Iraqi government seemed to be not only inactive in putting down the boiling temperature there but also in some cases seem to have been encouraging events there to spill over," he told a a meeting of the European Council on Foreign Relations in Rome.

He said ISIL - Sunni Muslims like the Baathist elite of Saddam's rule - did not appear to have enough strength on its own to make the inroads it had, with media reports suggesting it had no more than 1,500-3,000 fighters.

"The conclusion I come to is that those numbers were simply added to, not only by the tribal configurations in that area but also by former Baathists and other groups that have been operating in that part of Iraq not from yesterday but from the time of the American occupation of Iraq (in 2003)," he said.

The prince said the situation in Iraq was changing so swiftly that it was impossible to say what would happen in the coming days and weeks. But he said it could lead to some unexpected outcomes if the United States became involved in the fighting three years after its occupation of Iraq ended in 2011.

"One of the distinct potential ironies that may come about is to see Iranian Revolutionary Guards fighting with American drones to kill Iraqis," he said. "That is something that will boggle the mind and make one wonder where we are going."

Prime Minister Maliki heads a Shi'ite Muslim-dominated government that is backed by Shi'ite Iran and which Iraqi Sunnis say has marginalised and persecuted them since Saddam's fall to the U.S.-led invasion a decade ago.

The prince also said Saudi Arabia firmly opposed ISIL, noting that it was on the Saudi list of terrorist organisations.

"So that may answer some of the questions in people's minds as to where Saudi Arabia stands vis-a-vis (ISIL)," he said.