Baghdad and Kurdistan deployed troops to Syria's frontier to protect against any spillover but problems surfaced when Kurdish Peshmerga forces blocked Iraq army soldiers from entering a disputed area along the frontier. 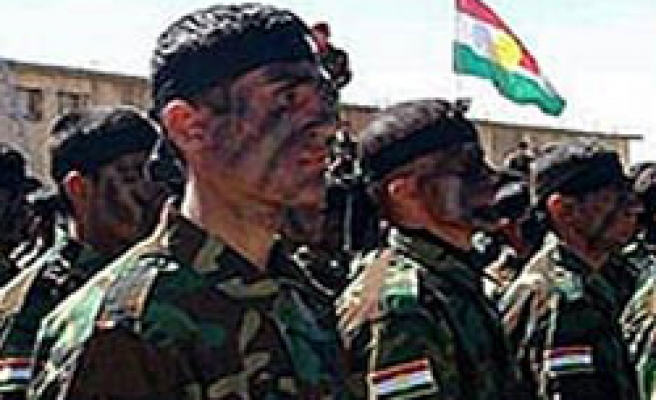 Iraq's government and its autonomous Kurdistan region have agreed they will pull back troops from near a disputed area along the Syrian border to ease tensions, a Kurdish armed forces official said on Monday.

Differences over the war in neighbouring Syria risk widening the rift over land and oil between Iraq's Arab-led government and Kurdistan.

Baghdad and Kurdistan deployed troops to Syria's frontier to protect against any spillover but problems surfaced when Kurdish Peshmerga forces blocked Iraq army soldiers from entering a disputed area along the frontier.

After talks involving Iraqi, Kurdistan and U.S. officials, Jabbar Yawar, secretary general for the Peshmerga, said the two forces had agreed to withdraw reinforcements sent to an area near Zummar once the Syrian crisis ends.

The two forces also agreed that an existing joint committee would oversee their operations in the disputed area in future.

"The Iraqi army and the Peshmerga will take responsibility for each of the areas where they are stationed, protect the borders between Iraq and Syrian and remove tension on the main roads in the area," a Kurdistan Regional Government statement said.

Always a potential flashpoint, tensions between Iraq and Kurdistan worsened after the last U.S. troops left in December and removed a neutral buffer of between the central government and ethnic Kurds who run their own region.

At the heart of their long dispute are contested territories claimed by Arabs and Kurds and the huge oil reserves attracting Exxon and Chevron to Kurdistan, upsetting Baghdad, which says it controls rights to develop Iraq's crude.

Autonomous with its own armed forces since 1991, Kurdistan is increasingly flexing its muscles, chaffing against Baghdad's authority and flirting with northern neighbour Turkey about pipelines and a more independent oil policy.

Iraq's national army units and Peshmerga troops have faced off before only to pull back before any clashes, avoiding outright confrontation.