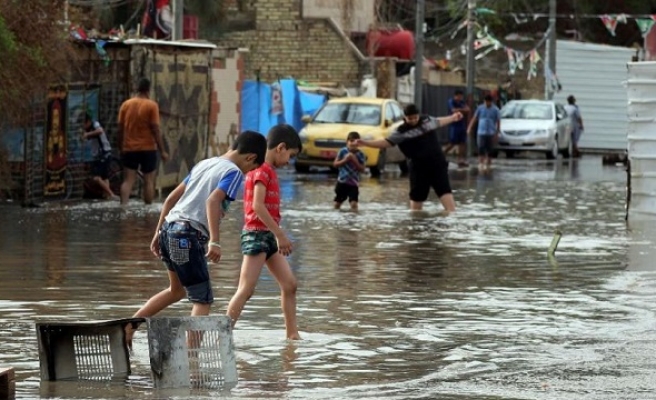 Abadi ordered a "declaration of emergency in the areas affected by torrential rainwater that exceeded drainage capacity", his office said in a statement.

And he announced the "mobilisation" of ministries, provinces, security forces, civil defence and civilian volunteers for rescue efforts in Baghdad and other provinces.

Iraq was hit by multiple days of heavy rain that, when combined with the country's decrepit infrastructure, caused major flooding in Baghdad and other areas that resulted in deaths and health problems.

Many streets and houses were flooded with a combination of rainwater and sewage from the overwhelmed drainage system in Baghdad, the Arab world's second-largest city that is home to an estimated eight million people.

And some areas remain flooded even after several days of sunny weather.

The heavy rain also added to the misery of thousands of people who have been displaced by violence, with rivers of mud wrecking tent camps in which they now live.

More and possibly heavier rain is forecast in the coming days, and even putting the government and security forces on alert will not address the underlying problem of sewers that cannot handle the necessary volume of water, making more flooding likely.

Iraqis have suffered through years of abysmal public services, especially in terms of government-supplied electricity that cuts out for much of the day during the blistering summer.

They took to the streets to protest poor services and widespread corruption earlier this year, but while Abadi announced various reform measures, they have yet to effect real or lasting change.