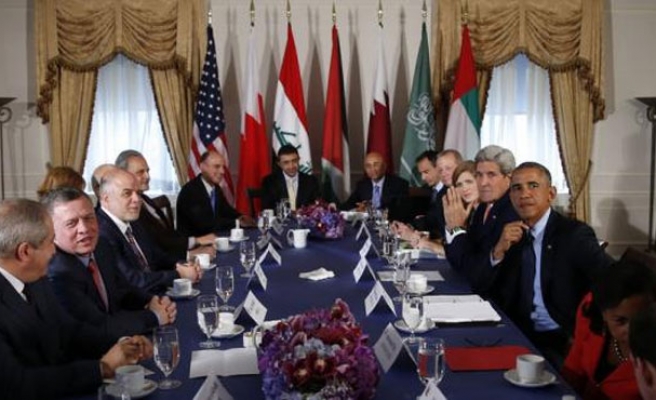 "The U.S.-led coalition is not helping. It is not a matter of bombardment, it is a matter of trying to fight [ISIL] on several levels; on intelligence, on special forces, and most importantly on the ideological side," Allawi said.

He also criticized what he said was the lack of a coherent strategy within the coalition.

The vice president's remarks come a day after Iraqi Prime Minister Haider al-Abadi said he was pleased with the commitment of the coalition to ending the terrorist group as he met U.K. Foreign Secretary Philip Hammond and U.S. State Secretary John Kerry at an anti-ISIL meeting in London.

The 60-member coalition has been carrying out airstrikes against ISIL for five months. Kerry said Thursday that the strikes were effective in stopping the group’s advance and even forcing it to pull back in some regions.

Allawi also said that it was not the right time for an independent Kurdish state. The Iraqi central government controls an autonomous Kurdish region in the country's north that is increasingly taking more liberties in its foreign and energy policies.

Allawi admitted that Kurds would "ultimately want to have a separate state," but added: "If we get Kurds to be a part of Iraq, I do not think there will be a need for separation."

The north houses rich oil-and-gas reserves and is growing to become an energy player in the region with its developing ties with Turkey and other countries. Baghdad and the regional Kurdish government have differences over how to divide energy exports’ revenue.