Iraq will decide who uses its airspace: US

'It's Iraqi airspace, and it's Iraqi sovereign airspace that is up to the Iraqi government to coordinate,' says State Dept. 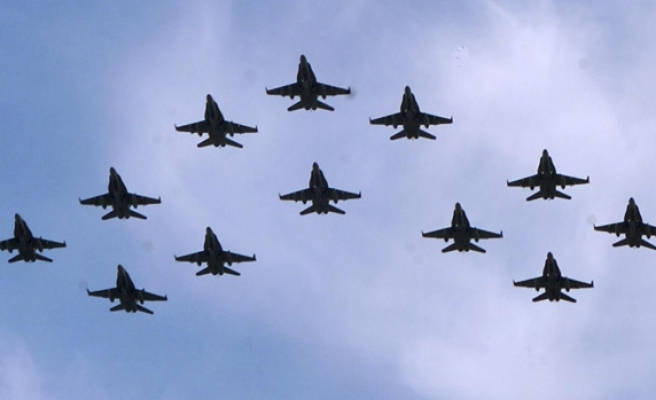 The U.S. said Thursday that it was up to the Iraqi government to let Russian jets use its airspace.

"As far as the airspace over Iraq, it's Iraqi airspace, and it's Iraqi sovereign airspace that is up to the Iraqi government to coordinate," said State Department spokesman John Kirby.

The U.S. and Russia agree ISIL should be defeated but the two countries don’t see eye-to-eye on how to accomplish that goal, and on how to deal with Syrian President Bashar al-Assad.

Asked if the U.S. would view Russians flying over Iraq to Syria as a problem, Kirby said the Obama administration had a problem with any ongoing material support to the Assad regime, "regardless of what air corridor was used."

Russia may try to gain access to Iraqi airspace after the U.S. asked Bulgaria to reject Russia’s request to use its airspace for military transport to Syria. Washington made a similar request of Greece but no decision has come from Athens.

Iran on Wednesday granted Russia’s request but it’s not clear if Iraq has been formally asked.

As the U.S. anti-ISIL campaign continues to conduct airstrikes in Iraq and Syria, if Russia uses the Iran-Iraq corridor for Syria, the situation could pose a problem in Iraqi airspace where coalition jets are already flying.

"For our part, the airplanes that we fly in support of coalition operations over Iraq, we coordinate all that through the Iraqi government," Kirby said.

Earlier Thursday, the White House said the U.S. would welcome "constructive Russian contributions" to fight ISIL and was "hopeful" Russia would play a constructive role.

"It's often difficult to clearly assess precisely what their intentions are," said White House Press Secretary Josh Earnest. "We would oppose any actions in Syria that would empower the regime to escalate the conflict.”

The Russian military is reportedly active at the airfield south of Latakia - a principal Syrian port city widely considered the “fortress of the Syrian regime".