Sheikh Omar sits between two highways leading south of Damascus that are crucial to supplying President Bashar al-Assad's forces in the provinces of Deraa and Sweida on the border with Jordan. 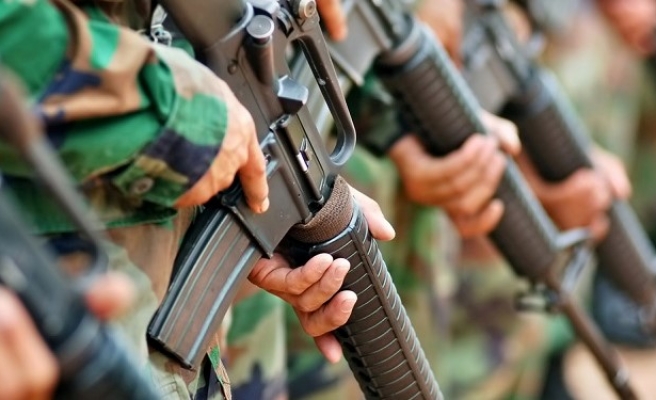 Iraqi and Lebanese militia backed by Syrian army firepower overran a southern suburb of Damascus on Wednesday, opposition activists said, in a blow to Sunni Muslim rebels trying to hold onto strategic outskirts of the capital.

At least 20 rebels were killed when Hezbollah and Iraqi militiamen captured the town of Sheikh Omar under cover of Syrian army artillery and tank fire and aerial bombardment, the activists said, with tens of Shi'ite fighters killed or wounded.

Sheikh Omar sits between two highways leading south of Damascus that are crucial to supplying President Bashar al-Assad's forces in the provinces of Deraa and Sweida on the border with Jordan.

Syria's 2-1/2 year war has killed more than 120,000 people and forced millions from their homes into sprawling refugee camps in neighbouring countries.

It began with peaceful demonstrations against four decades of iron rule by the Assad family. With regional powers backing opposing sides in the conflict and Russia blocking Western efforts to force Assad aside, there is little sign of an end to the bloodshed.

Regional security officials say up to 60,000 fighters from Iraq, Iran and Yemen and Hezbollah are present in Syria supporting Assad.

The country has also seen the influx of 30,000 Muslim fighters to support the rebels, including foreign jihadists and Syrian expatriates.

Hezbollah has acknowledged fighting openly in support of Assad, its main patron together with Iran, but the group does not comment on the specifics of its operations in the country.

The deployment of the Iraqi and Lebanese militia has been vital in preventing all southern approaches to Damascus from falling into rebel hands, according to opposition sources and the regional security officials.

The foreign fighters together with soldiers and local paramilitaries loyal to Assad have been laying siege to rebel-held southern suburbs of the capital near the shrine of Saida Zainab for the past six months, residents say.

The siege has squeezed rebels in areas further to the centre of the city and caused acute shortages of food and medicine that have hit the civilian population.

Wardan Abu Hassan, a doctor at a makeshift hospital in southern Damascus, said the facility and another nearby received 70 wounded people, both fighters and civilians, since 4.00 a.m.

The wounded came from Sheikh Omar and the nearby suburbs of al-Thiabiya and al-Boueida, where the rebels were trying to hold off the Shi'ite militia advance, he said.

"Most of the casualties are from air strikes, and fire from tanks and multiple rocket launchers," the physician told Reuters.

An opposition group, the Damascus Revolution Leadership Council, said a baby girl died on Wednesday in the southern district of Hajar al-Asswad from malnutrition caused by the siege. The report could not be independently confirmed.

Rami al-Sayyed from the opposition Syrian Media Centre mentoring group said rebel fighters were trying to hold off the Hezbollah and Iraqi fighters in al-Thiabiya and al-Boueida.

"It is tough because the regime is providing Hezbollah and the Iraqis with heavy artillery and rocket cover from high ground," he said.

Sayyed said much of the fire was coming from the 56th army brigade in the hilly region of Sahya. That area was evacuated after the threat of U.S. strikes following a nerve gas attack in August on other rebellious Damascus suburbs that killed hundreds.

Buoyed by the receding prospect of U.S. intervention, Assad has been seeking to tighten his grip on the centre of the country, the coast, areas along the country's main north-south highway as well as the capital and its environs.

Large areas of southern Damascus, including the areas of Hajar al-Assad and the Yarmouk refugee camp, are inhabited by poor refugees from the Israeli occupied Golan Heights, who have been at the forefront of the revolt against Assad, as well as Palestinian refugees.