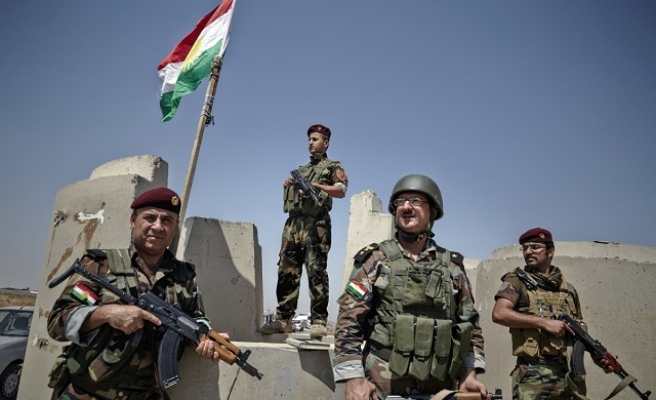 Iraq's Kurdish region is not part of the Russia-led coalition claiming to carry out airstrikes against ISIL, a senior Iraqi Kurdish regional government official said Thursday.

Secretary-General of the Ministry of Iraqi Peshmerga, Jabbar Yawer, told Anadolu Agency on Thursday that their forces had not participated in anyway in Russian airstrikes Wednesday that struck inside Syria.

A U.S.-led coalition has been striking ISIL positions in Syria since September, building upon an aerial campaign already hitting the terrorist group in Iraq.

"Kurdistan region is not part of the coalition that includes Russia, Syria, Iraq and Iran, which is said to be fighting against terrorist group ISIL," Yawer said.

He said that Russia and Iran were allies "from the very beginning," whose forces supported Syria in every way. But, he added, that Iraq has not yet taken any step as part of the coalition.

Yawer further asserted that Baghdad was the center of the coalition.

Earlier on Thursday, Russian Foreign Minister Sergey Lavrov said that Moscow was not planning to expand air raids to Iraq.

"We are not planning to expand our airstrikes to Iraq. We were not invited, we were not asked, and we are polite people, as you know. We do not come if not invited," Lavrov told a press conference at the United Nations.