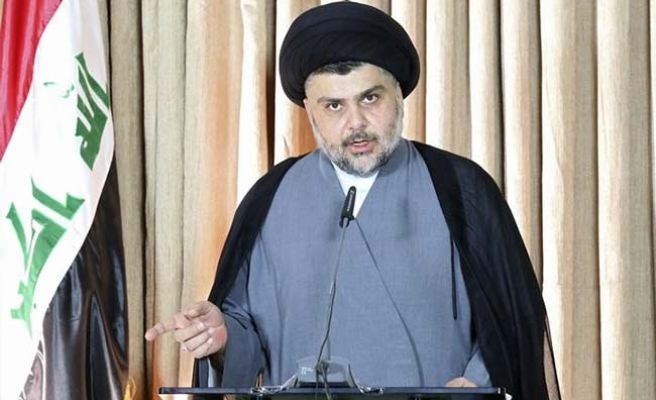 Iraq's powerful Shi'ite cleric Moqtada al-Sadr, whose opinion holds sway over tens of thousands of supporters, called on his followers on Monday to join Friday protests in Baghdad, a move that could risk escalating tensions over government reforms.

The capital and many southern cities have witnessed demonstrations in recent weeks calling for the provision of basic services, the trial of corrupt politicians, and the shakeup of a system riddled with graft and incompetence.

Sadr's statement is the first direct appeal by a major party leader to participate in the protests, which emerged from anger over power cuts during a sweltering heatwave and have been mostly non-sectarian.

The protests and a call by another prominent Shi'ite cleric, Grand Ayatollah Ali al-Sistani, to "strike with an iron fist" against corruption helped lead Prime Minister Haider al-Abadi to launch a major reform campaign earlier this month.

"We announce to all people and to the Sadrists in particular the need to participate in protests this Friday in Baghdad", Sadr said through a televised speech by spokesman Salah al-Obeidi in the holy city of Najaf.

"The Sadrist participants should merge with the other protesters in a single, national Iraqi crucible."

He said protesters should unite behind demands for reforming the judiciary and sacking corrupt officials while avoiding personal demands or the display of sectarian banners and refraining from cursing or violating public morals.

The most recent demonstrations have lasted several days in southern cities including Basra and Hilla, where protesters have set up tents in the city center and sometimes faced forced evacuation.