Iraq's top cleric, Grand Ayatollah Ali al-Sistani who exerts heavy influence on his millions of followers has condemned the kidnapping of Turkish workers. 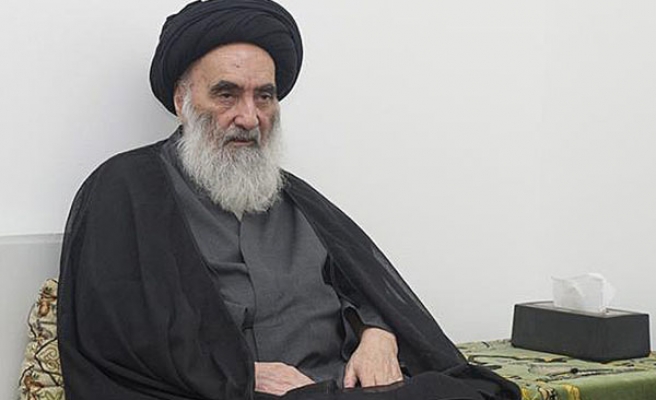 Iraq's top cleric on Saturday condemned the abduction of 18 Turkish workers from Baghdad last week after the release of a video showed the hostages held by gunmen who threatened to attack Turkish interests.

Baghdad has struggled to rein in Shi'ite armed groups, many of which fought the U.S. occupation and are now seen as a critical deterrent against ISIL militants in northern and western Iraq.

The capital has also seen a proliferation in recent years of well-armed criminal gangs carrying out contract killings, kidnappings and extortion.

"We demand the release of the abductees and an end to these practices which harm the image of Islam," read a statement from the office of Grand Ayatollah Ali al-Sistani, whose opinion carries sway with millions of Shi'ite Muslim followers in Iraq and beyond.

Sistani has pushed Prime Minister Haider al-Abadi, a moderate Shi'ite, in recent weeks to reform a governing system wracked with corruption and mismanagement that have deprived Iraqis of basic services and undermined government forces fighting ISIL.

Abadi has announced sweeping measures including an end to sectarian and ethnic quotas that have created a powerful patronage system, but he has faced resistance from entrenched political forces.

The Turkish hostages, who were taken from a construction site in northern Baghdad last week, turned up in a video on Friday under a familiar Shi'ite slogan and the name "death squad", though it was not immediately clear if they belonged to an established group.

The video demands that Ankara stop the passage of militants from Turkey to Iraq, cut the flow of "stolen oil" from Iraq's autonomous Kurdistan region, and order a Sunni insurgent alliance in Syria to lift the siege of two Shi'ite villages there.