ISIL have destroyed Baal Shamin, a temple that dates back to 19th century BC 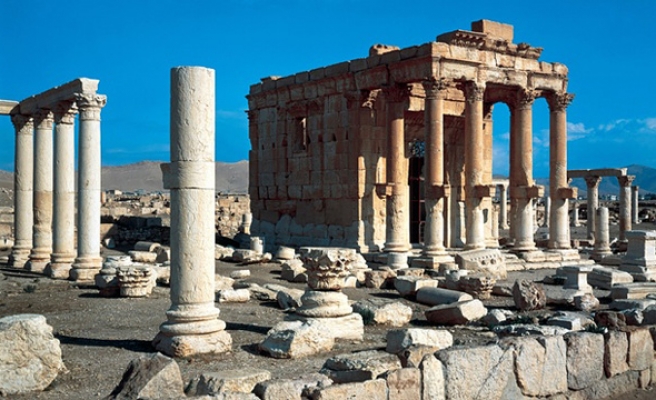 The ancient Baal Shamin Temple has become the latest target of ISILwho have been vandalizing the Syrian city of Palmyra. Officials have confirmed the inner area of the temple was destroyed with its world-famous columns collapsing around it.

“ISIL placed a large quantity of explosives in the temple of Baal Shamin today and then blew it up causing much damage to the temple,” Syria’s antiquities chief Maamoun Abdulkarim told AFP.

“We have said repeatedly the next phase would be one of terrorizing people and when they have time they will begin destroying temples,” Abdulkarim told Reuters. “God help us in the days to come.”

The London-based Syrian Observatory for Human Rights confirmed the destruction of the temple which dates back to the first century according to a report in RT.

Originally erected in 17AD to the Phoenician god of storms and fertilizing rains, it was expanded under the reign of Roman emperor Hadrian in 130 AD, taking on the appearance which lasted for two millennia.

Known as the "pearl of the desert", before the arrival of ISIL,  Palmyra was a well-preserved open-air museum only some 210km (130 miles) away from the Syrian capital Damascus.

The UNESCO world heritage site was captured by ISIL on 21 May 2015, but not before some of the precious artefacts were removed by the government and transported to Damascus.