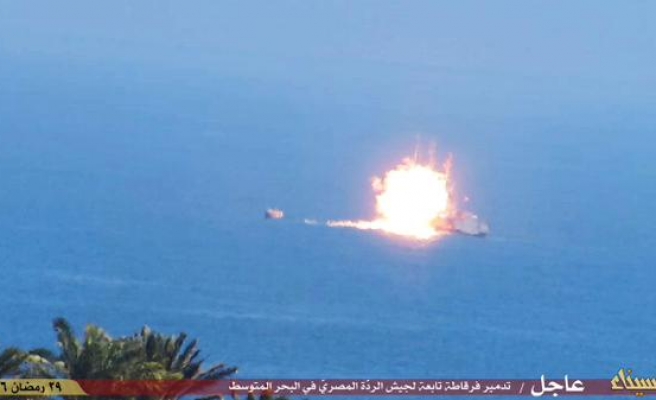 ISIL'S Egypt affiliate, Sinai Province, said on Thursday it had carried out a rocket attack on an Egyptian naval vessel in the Mediterranean Sea.

The Egyptian military said earlier a coastguard vessel had exchanged shots with militants off the coast of northern Sinai, an area bordering Israel and the Gaza Strip. The boat caught fire but the incident resulted in no casualties, the military said.