'Four of the Russian soldiers were killed west of Palmyra during an attempt to storm the area that ISIL forces foiled, while the advisor in the Dawa area,' ISIL website claims 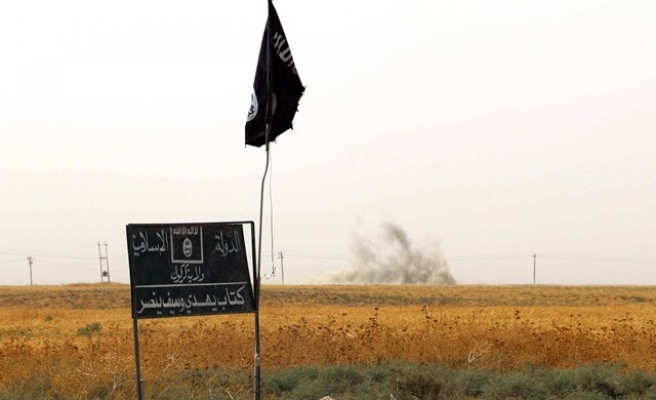 The ISIL group has claimed the killing of five Russian troops in fighting near the ancient Syrian city of Palmyra.

"The soldiers of the caliphate, by the grace of God, have killed five Russian soldiers and six members" of the Syrian army, ISIL said in a statement.

The group also claimed the killing of several members of the Lebanese Hezbollah group in fighting near Palmyra.

A website linked to ISIL, Aamaq, carried a similar claim, adding that one of the Russians killed was a military advisor.

"Four of the Russian soldiers were killed in Qasr al-Halabat west of Palmyra during an attempt to storm the area that ISIL forces foiled, while the advisor whose corpse was shown in a video distributed by the agency died (Thursday) in the Dawa area," Aamaq claimed.

Aamaq also published a video, showing the bloodied corpse of a man in military gear that it claimed was the advisor.

The footage also shows equipment presumably captured, including a customised AK-74M rifle, a helmet and a compass. A packet of bandages was filmed with instructions written in Russian.

ISIL seized Palmyra, a UNESCO World Heritage Site in eastern Syria known as the "Pearl of the Desert", last May, sending shock waves across the world.

The Syrian Observatory for Human Rights monitor said that Russian advisors were present near Palmyra, but could not confirm whether any Russian forces had been killed there in recent days.

President Vladimir Putin, Assad's main backer, on Monday ordered the withdrawal of most of Russia's armed forces from Syria.

The Russian air force has however continued to strike extremist targets since the surprise announcement, particularly around Palmyra.

Russia's defence ministry did not reply to a request for information on the extremist claim.

Previously, the defence ministry's official toll had been three, excluding a soldier who committed suicide.