Two high ranking Iraqi officers were killed and ten people, including eight officers, were wounded in the clashes. 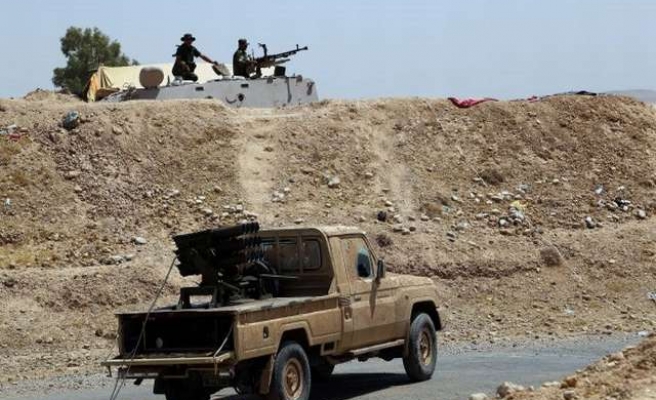 World Bulletin/News Desk
ISIL retook control of the Al-Dolab region in the western province of Anbar in Iraq on Thursday, forcing Iraqi soldiers to retreat.

Al-Dolab is located seven miles west of Hit city in the western Iraqi province of Anbar.

Iraqi Armed forces launched a military operation against ISIL earlier in the morning which aimed to free the city of Hit from ISIL control, according to Malullah Al-Abeedy, a government official.

Two high ranking Iraqi officers were killed and ten people, including eight officers, were wounded in the clashes, according to a police source from Anbar province.

“The Iraqi forces started a military operation against ISIL this morning to free Hit city from ISIL control. Colonel Haitham Al-Deleemi and Brigadier General Abbas Ayid Amir, both from the same Iraqi army brigade, were killed in the clashes,” the same source, who spoke on condition of anonymity, said.

“ISIL surprised the Iraqi forces with a large group of tanks and armored vehicles which moved west from Hit city to the Al-Dolab area in a counter-attack. The maneuver forced the Iraqi forces to retreat towards Baghdadi, a town located 13 miles west of Hit city,” the source added.

The rate of armed conflict has increased during the past four months between ISIL and Iraqi security forces in Anbar province.

ISIL controls many areas of the governate and is attempting to completely control the provincial capital, Ramadi city.

The U.S. is leading an international coalition which has carried out numerous airstrikes against ISIL in Iraq and Syria since the militant group overran Mosul, in northern Iraq, in June.