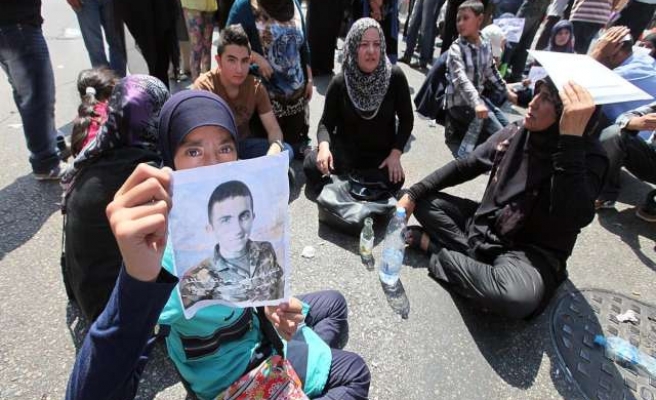 ISIL militants have beheaded a captive Lebanese soldier, images published on social media showed on Saturday, the second Lebanese soldier to be killed in captivity by the group since it raided a Lebanese border town last month.

The men were among a group of 19 soldiers missing since the attack on Arsal by militants including fighters affiliated with ISIL.

A caption posted with the images on a Twitter account used to publish ISIL statements named the soldier as Abbas Medlij, identifying him as a Shi'ite Muslim.

A separate statement said Medlij was "slaughtered" after a failed escape attempt. The statement was dated Friday.

A Lebanese security source said Medlij was one of 19 soldiers missing and believed taken captive by ISIL and other insurgents who launched the incursion into the border town of Arsal in August.

The source said the army was investigating but could not confirm that he had been killed.

ISIL militants last week beheaded another soldier taken captive in the same incursion. After releasing a video showing the execution of Ali al-Sayyed, a Sunni Muslim, the group posted another video showing nine other soldiers begging for their lives. The militants want the release of prisoners held at a Lebanese jail.

The incursion marked the most serious spillover to date of the Syrian civil war into Lebanon and triggered five days of deadly battles with the Lebanese army.

In the past two weeks, ISIL released two videos showing the beheadings of American journalist James Foley and American-Israeli journalist Steven Sotloff, saying it was in retaliation for U.S. airstrikes against the group.