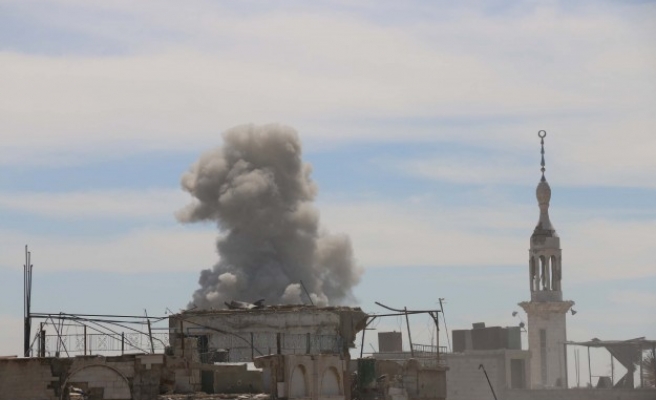 ISIL has taken control of 90 percent of a Palestinian refugee camp on theDamascus outskirts where 18,000 civilians have suffered years of bombing, army siege and militia control, a monitoring group said on Saturday.

The hardline group's offensive in Yarmouk gives it a major presence in the capital. Islamic State, the most powerful insurgent group in Syria, is now only a few kilometres from President Bashar al-Assad's seat of power.

The United Nations has said it is extremely concerned about the safety and protection of Syrians and Palestinians in the camp. Civilians trapped there have long suffered a government siege that has led tostarvation and disease.

"The situation in Yarmouk is an affront to the humanity of all of us, a source of universal shame," U.N. Relief and Works Agency (UNRWA) spokesman Chris Gunness said.

The Syrian Observatory for Human Rights, which monitors the conflict from Britain, said Syrian air force jet bombed the camp on Saturday.