'ISIL called on loudspeakers on civilians still in Palmyra to leave as fighting reached the outskirts of the city,' a monitor says 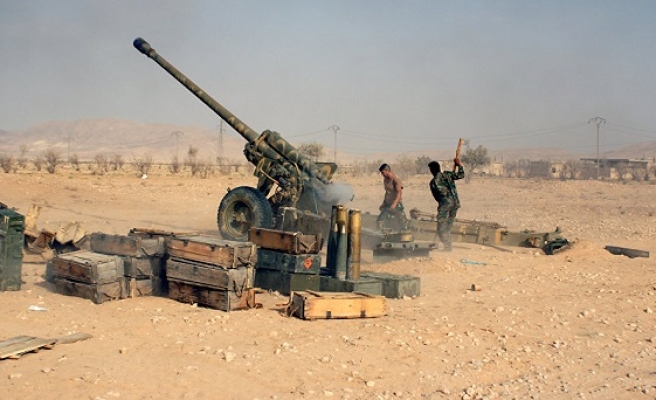 The ISIL group called on the 15,000 or so civilians still living in Palmyra to leave the famed ancient city on Thursday as Syrian pro-regime forces closed in, a monitoring group said.

"ISIL called on loudspeakers on civilians still in Palmyra to leave as fighting reached the outskirts of the city," the Syrian Observatory for Human Rights said.

Syrian troops and militia are poised for a final assault on the city, which ISIL has held since May last year, after advancing to within two kilometres (a mile) on Wednesday.

It is the culmination of an offensive that the army launched at the beginning of the month with the support of intense Russian air raids.

Despite the exactions of the extremists, which have included public beheadings in the city's ancient amphitheatre, some 15,000 of Palmyra's 70,000 residents stayed on under ISIL rule, according to Observatory director Rami Abdel Rahman.

"The vast majority had already fled -- only those too poor to flee stayed behind," he said.

Regime troops and allied militia were advancing slowly, as ISIL has planted explosives in the fields surrounding the city, Abdel Rahman said.

Fighting raged early Thursday on the edge of the Hayy al-Gharf neighbourhood in the southwest of the city.

The regime forces were backed by strikes against ISIL positions by both Syrian and Russian warplanes.

"The armed forces backed by the popular defence forces continue to advance on Palmyra city, and have taken full control of Al-Tar hilltop to the west of the city," state television reported.

Palmyra's fall to ISIL sent shock waves around the world as the extremists launched a systematic campaign of destruction at its UNESCO World Heritage Site, blowing up temples and looting relics dating back 2,000 years.

Its recapture would be a strategic as well as symbolic victory for President Bashar al-Assad, since whoever controls it also controls the vast desert extending from central Syria to the Iraqi border, analysts say.