ISIL video appears to show death of US hostage Kassig 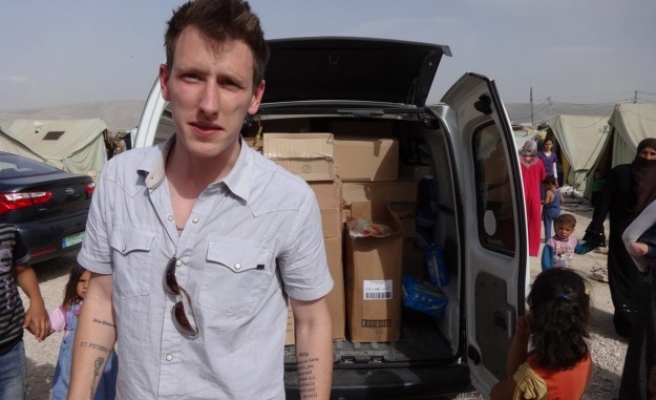 It has yet to be confirmed as genuine.

The 26-year-old Kassig from Indiana - who was captured in Syria in 2013 - had previously appeared on Oct. 3 at the end of a video showing the death of British hostage Alan Henning.

Kassig - whose family have said has converted to Islam and changed his name to Abdul-Rahman Kassig - is one of the several men seemingly beheaded in the 15-minute long video.

"We are aware of a video that claims to show the murder of U.S. citizen Peter Kassig by ISIL (or ISIS). The intelligence community is working as quickly as possible to determine its authenticity," U.S. National Security Council spokeswoman Bernadette Meehan is quoted as saying in the U.S. media.

“We are aware of a further video and are analysing its content. If true, this a further disgusting murder,” said the UK Foreign Office in an email.

“I’m horrified by the cold blooded murder of Abdul-Rahman Kassig. ISIL have again shown their depravity. My thoughts are with the family,” said UK Prime Minister David Cameron on his Twitter account on Sunday.

France's Prime minister Manuel Valls denounced the beheading of the American hostage and of several Syrian soldiers, saying it was a "new act of barbarism."

"This act reinforces the determination of France to act against Daech (ISIL) ," said Valls in a statement.

“We are aware of the news reports being circulated about our treasured son and are waiting for confirmation from the government as to the authenticity of these reports.”

“The family respectfully asks that the news media avoid playing into the hostage takers’ hands and refrain from publishing or broadcasting photographs or video distributed by the hostage takers,” says the statement.

His parents had published a statement on Oct. 30, saying that their son’s “sincere conversion” to Sunni Islam had occurred “months before his imprisonment.”

The letter states that Kassig's work in the Syrian city of Deir Ezzour had been “solely humanitarian in nature” and that he was living in the city in Oct. 2013 when he was taken.

"He was captured while traveling in an ambulance to deliver medical supplies," the letter said.

According to the letter, Kassig had gone into Syria to “help those in need” with the organization, Special Emergency Response and Assistance, which provides “first aid training to civilians.”

They also quote their son who, in 2012, wrote from Syria, “What keeps me up at night isn't the things I've done when I shouldn't have so as much as the things I haven't done when I could have. I'd be OK if I never slept again lest I forget those moments.”

Last month, his mother Paula Kassig had started a Twitter feed in an effort to start a campaign for the release of her son, blaming the U.S. government for leaving her and her husband "on their own with no help."

ISIL has already executed of four Western hostages since August: the Americans James Foley and Steven Sotloff and the British David Haines and Alan Henning.