Ansar Beit al-Maqdis had posted videos of similar beheadings of people it also accused of spying on it for the sake of Egypt and Israel before. 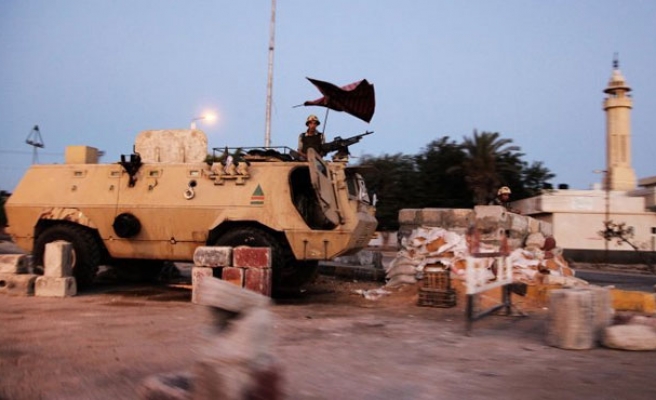 An Egyptian group that is associated with the ISIS said on Tuesday that it had beheaded 10 men in Sinai Peninsula for spying for Israel and the Egyptian military.

The "Welayat Sinai" group, formerly known as Ansar Beit al-Maqdis, posted an online video in which it shows the alleged beheading of ten men and dumping their bodies on the road between the North Sinai towns of Arish and Rafah.

The video also featured confessions by four of the ten men that they had "cooperated" with the Egyptian army or Israeli Mossad spy agency and given them information on "jihadists" in Sinai.

Ansar Beit al-Maqdis, which was declared a "terrorist" movement by Egypt months ago, had posted videos of similar beheadings of people it also accused of spying on it for the sake of Egypt and Israel before.

The Egyptian army has been clamping down on the movement as well as other militant groups in Sinai – which shares borders with both Israel and the Gaza Strip – amid a rise in attacks on army and police personnel since the ouster of elected President Mohamed Morsi in mid-2013.