Islamic countries urged U.N. Human Rights Council and the U.N. General Assembly must continue to focus on the Israeli war in Gaza and its aftermath. 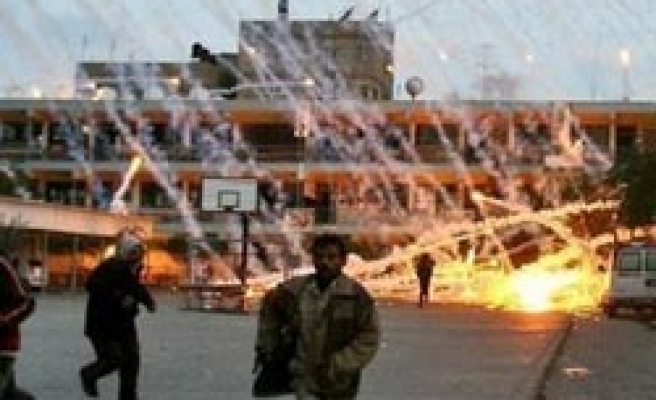 Islamic countries on Monday urged United Nations Human Rights Council and the U.N. General Assembly in New York must continue to focus on the Israeli war in Gaza and its aftermath.

In Monday's debate, member countries of the 57-nation Organisation of the Islamic Conference (OIC) insisted that the council and the U.N. General Assembly in New York must focus on Israel's aggressive policy in the region.

"Israel must put an end to its culture of violence....and show a new face to the world," Turkey told the rights body.

The U.N. report, released last week, said investigations by both Israel and the Palestinians into violations of human rights in the conflict were inadequate. It also criticised Israel for refusing to cooperate with the mission.

The U.N. expert mission's report had responded to a U.N. call to investigate allegations of war crimes and rights violations.

That call had come in a report of a fact-finding mission last year led by South African jurist Richard Goldstone.

Israel killed more than 1,434 Palestinians, a third of them children in the 22-day military aggression on Gaza and wounded 5,300 Palestinians, and Gaza infrastructure suffered massive damage totaling at least 476 million dollars, according to Palestinian medics and officials.

The Goldstone report said the Israeli army committed "uncountable" war crimes during the war from late December 2008 to mid-January 2009.

But Israel called on Monday for an end to U.N. Human Rights Council investigations into its actions in the 2008-09 Gaza conflict.

It also accused that Hamas of several war crimes.

In a separate matter, being discussed alongside the Gaza conflict question, U.N. experts said last week that a May attack by Israeli commandos on a Gaza-bound aid flotilla was unlawful and resulted in violations of human rights and international humanitarian law.