Israel aims to 'silence' sound of prayer calls in Al-Quds

Sheikh Azzam al-Khatib, director-general of Muslim endowments and Al-Aqsa affairs, said that the scheme is part of Israeli attempts to " obliterate the Islamic culture in the holy city" 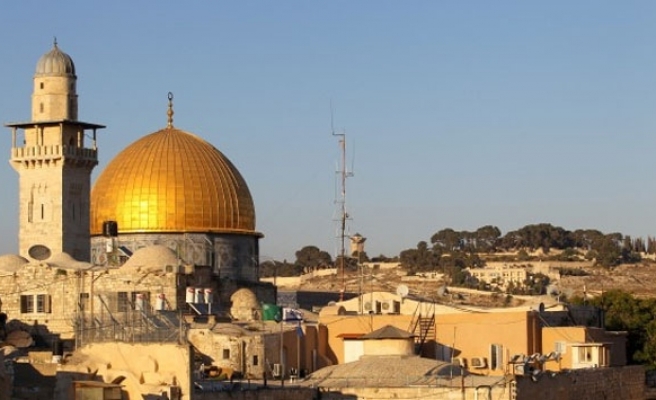 The Israeli authorities are trying to silence prayer calls (Azan) emanating from the mosques of Al-Quds (occupied East Jerusalem) under the pretext that the calls are "nuisance," Al-Aqsa Foundation for Endowment and Heritage warned Sunday.

“The Azan will always come out from the minarets of Al-Quds, and particularly the Al-Aqsa Mosque," the foundation, which seeks to safeguard the iconic mosque from Israeli violations, said in its statement.

Israeli media reported that the Israeli Jerusalem municipality seeks to lower down the sound of the Azan in the mosques of the holy city with the stated aim of reducing the noise around the city.

Sheikh Azzam al-Khatib, director-general of Muslim endowments and Al-Aqsa affairs, told Anadolu Agency that the scheme is part of Israeli attempts to " obliterate the Islamic culture in the holy city.

“Arab and Islamic world must prevent Israel from Judaizing the city of Al-Quds” al-Khatib argued.

Islam and azan are not going to be silenced by the zionist aggression. Azan has been delivered from 750 in continuity till now and God willing will continue till the end of time.