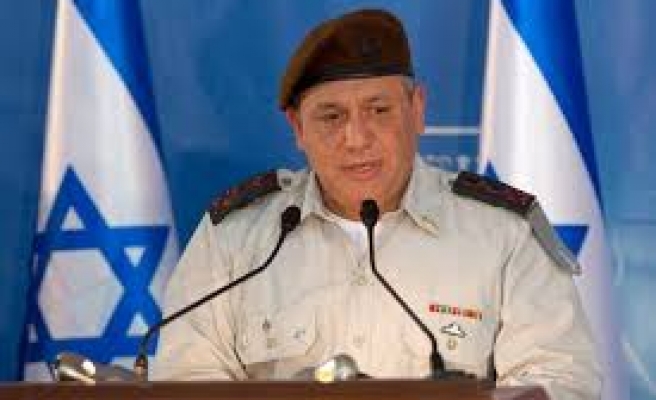 "I am taking this responsibility as chief-of-staff in the midst of a stressful period with many challenges in the Middle East," Eisenkot said at an inauguration ceremony attended by Prime Minister Benjamin Netanyahu.

"The army under my command will always be strong and ready to defend the people of Israel," he said.

Born in the city of Tiberias, Eisenkot served in Israel's elite Golani Brigades in 1978, serving as brigade commander from 1997 to 1998.

In 1999, he was named military secretary to then-Prime Minister Ehud Barak.

Netanyahu, for his part, warned that the next four years would "change the world."

"I can guarantee that there won't be an easy day. Israel faces many challenges. The Middle East is falling apart," Netanyahu said. "Only the strong survive."

"Iran is building a military power and now it stands on the Strait of Bab el Mandeb," he said in reference to the takeover of Yemen by the Shiite Houthi group.

Israeli Defense Minister Moshe Ya'alon, for his part, said that the Palestinian-Israeli conflict was not a priority for Israel.

"There is no Israeli interest in the collapse of the Palestinian Authority. On the contrary, I want it to be stable, responsible and able to cooperate," he said.

"However, the Palestinian-Israeli conflict is not a priority for the Israeli Army," Ya'alon said.

"Iran, Hezbollah, Hamas, the Muslim Brotherhood and the Global Jihad organizations are our top priorities for now," he said.