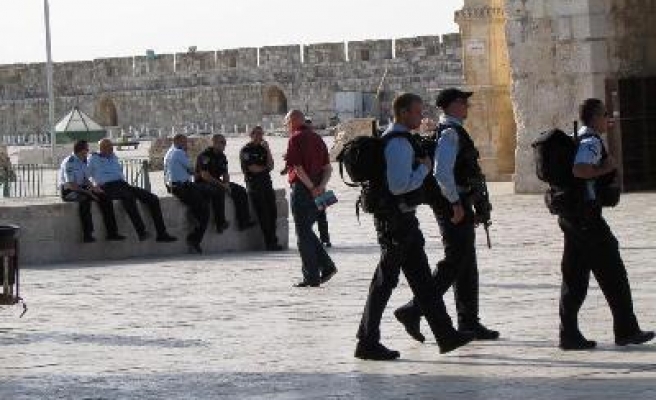 Israeli police on Monday arrested a Palestinian student at the Al-Aqsa Mosque amid fresh intrusions into the holy site by Jewish settlers, an Islamic foundation said.

"The student's arrest coincided with the entry of 11 [Jewish] settlers [into the compound] through the Al-Magharbeh Gate under Israeli police protection," he added.

The Al-Aqsa Foundation has called on Palestinians to converge on the mosque complex following calls by extremist Jewish groups for supporters to step up their frequent intrusions into the holy site.

"Hundreds of Palestinian students are now in the mosque complex in order to confront any possible intrusion attempts," said Ghazali.

In a related development, a number of extremist Jewish organizations called on supporters to take part Monday evening in a monthly march on the doors of the mosque complex.

The march is due to set out from the Western Wall at 7pm and march along the Old City's Al-Wad Street, passing the gates of the compound where participants plan to make stops to perform Talmudic rituals.

Last month, around 5,000 extremist Jewish settlers and rabbis participated in the march.