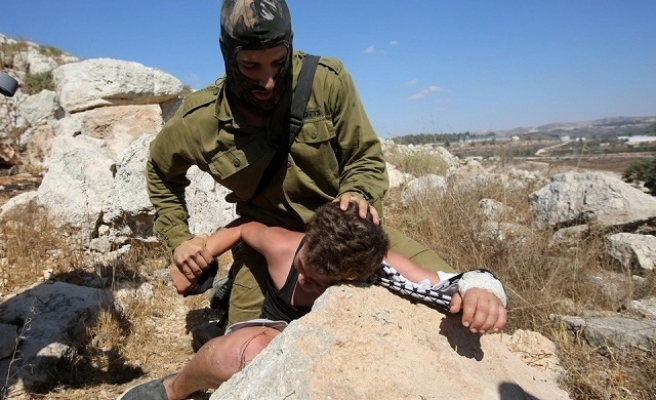 Israel on Tuesday arrested Palestinian activist Basil al-Tamimi, the father of 12-year-old Mohamed al-Tamimi, who was beaten by an Israeli soldier during a Friday demonstration in the occupied West Bank.

“The Israeli army arrested Basil and his wife, Nariman, as they tried to cross an army checkpoint at the entrance of Nabi Saleh village north of Ramallah,” Bassam al-Tamimi, another Palestinian activist, told Anadolu Agency. “Soldiers arrested Basel and his wife and prevented us from communicating with them.”

The soldier beat the boy savagely before he was finally freed following the intervention of several Palestinian women and children.

After the incident, a request was reportedly submitted to the Israeli police for the arrest of the Al-Tamimi family, who were accused of “assaulting” the soldier.