﻿Israel's attack on southern Lebanon coincides with its ongoing campaign against the Gaza Strip. 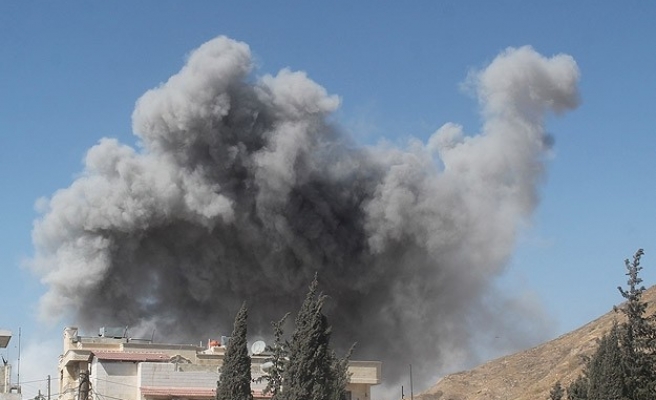 He added that the Israeli rocket attack comes in response to the firing of three rockets on Israel from southern Lebanon.

He added that the identity of the people who fired the three rockets remains unknown.

He said the same people tried to fire a rocket on Israel late on Thursday, but the rocket fell inside Lebanon.

The source said Israel responded to the firing of the three rockets by shelling the southern Lebanese village of Kfarchouba with more than 25 rockets.

The source noted that cautious calm prevails in the area.

"The Israeli aggression is the latest episode in the Zionist war on the Palestinian people," Hezbollah said in a statement.

The group said that the Israeli offensive aims "to serve its repugnant settlement projects".

The Lebanese movement went to criticize what it described as "silence" of the international community and Arab regimes on the Israeli attacks.

At least 98 Palestinians have been killed and hundreds injured in three days of Israeli attacks on the Gaza Strip as part of a military offensive – dubbed "Operation Protective Edge" – with the stated aim of ending rocket fire from Gaza.