Israel has denied entry permits to some 50 patients because the words "State of Palestine" appears on the letterhead. 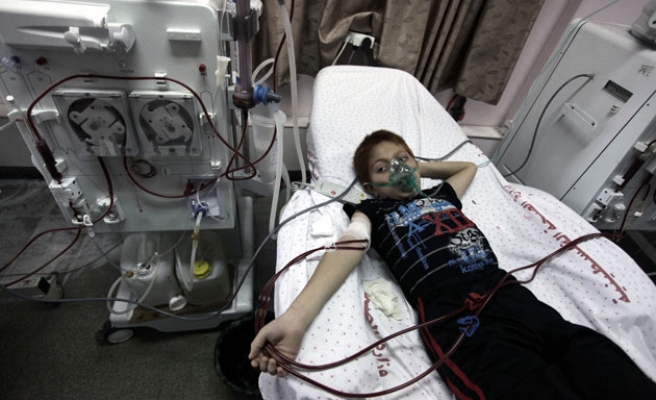 Israel has denied entry permits to some 50 Palestinian medical patients from the Gaza Strip because the words "State of Palestine" appears on the letterhead of their application, officials said on Wednesday.

"On Sunday (the Palestinians) filed a range of requests ... on a document that said 'State of Palestine'. On the spot, we returned it to them, saying they should refile the request on appropriate paperwork," said Major Guy Inbar, a spokesman for COGAT, the military-run authority that handles entry permits.

He said 10 Palestinians whose cases were urgent were allowed to enter Israel while about 50 others were not.

Israeli treatment for patients from the Gaza Strip is arranged by the Western-backed Palestinian Authority, which exercises limited self-rule in the occupied West Bank.

Omar al-Naser of the Palestinian Health Ministry in the West Bank city of Ramallah said the ministry had been using the "State of Palestine" letterhead for a year without any move by Israel to deny patients entry.

In the past, Palestinian entry applications had the words "Palestinian Authority", an entity established under interim peace deals with Israel, in their letterhead.