Israel beefs up security after hole in separation wall 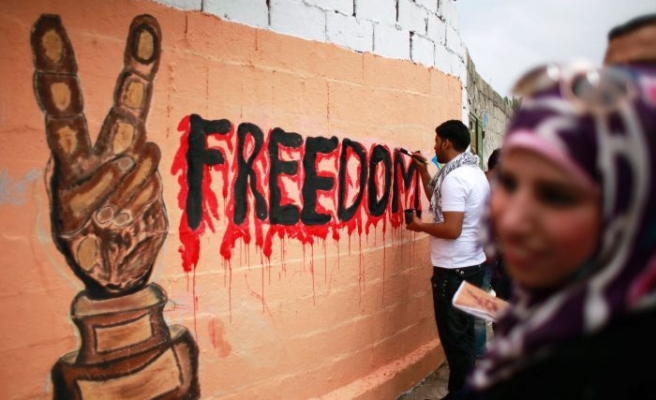 Israeli army beefed up security measures early Saturday near to a barrier separating the Palestinian town of Abu Dis and Al-Quds (occupied East Jerusalem) after scores of Palestinians made a hole in the wall.

Eyewitnesses said army and police forces were deployed near to the wall, on the side of Jerusalem. Construction materials were also brought in to close the hole.

"Scores of Palestinian youths had made a hole in the wall on Friday and maintained confrontations with Israeli army until late in the night," Anwar Badr, a leader from the Palestinian movement of Fatah, told Anadolu Agency.

He said more than 15 Palestinians had suffered gas inhalation.

Al-Quds was the scene of violent confrontations between Palestinians and Israeli army and policemen on Friday on the eve of the 13th anniversary of the Palestinian Intifada (uprising). Several people were injured, while scores of others were detained.

Eyewitnesses said the clashes had seeped into several Jerusalem neighborhoods.

Israeli police said it detained 12 Palestinians, while four Israelis were injured by stones hurled by Palestinians.