The prosecutors' decision to level a charge of manslaughter rather than murder drew criticism from the boy's father, who said the evidence showed the killing was pre-meditated 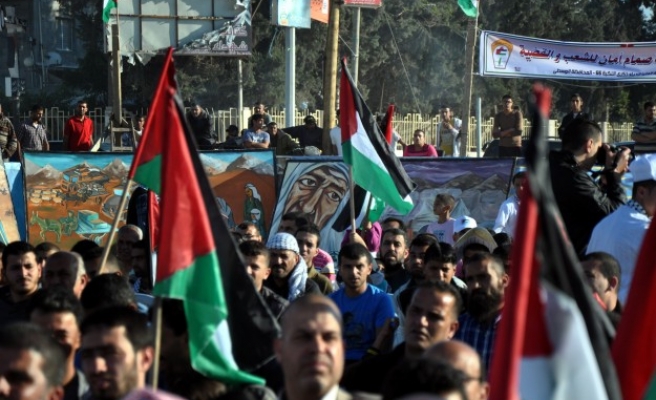 Israeli prosecutors charged a policeman on Sunday in the fatal shooting of a teenage Palestinian protester, accusing him of deliberately switching his rubber bullets with the live round that killed the youth.

The prosecutors' decision to level a charge of manslaughter rather than murder drew criticism from the boy's father, who said the evidence showed the killing was pre-meditated.

Nadim Nuwara, 17, was shot during a demonstration in May in the occupied West Bank. A second teenage protester was killed there but Israel has made no arrest in that case, citing lack of evidence as an autopsy was not carried out.

CCTV footage suggested neither youth posed any immediate threat to the troops stationed some 70 yards (64 metres) away. Their deaths stoked Palestinian fury at Israel that has simmered since U.S.-sponsored peace negotiations collapsed in April.

The accused, a member of the paramilitary border police, was arrested on Nov. 12. His name has not been released.

An indictment filed at Jerusalem District Court said the policeman had slipped a live bullet into his ammunition clip, which was meant to hold only non-lethal blank rounds with which to propel rubber bullets mounted separately on the rifle muzzle.

"The defendant used the blanks magazine so that his live fire, as opposed to rubber-bullet fire, would not be observed," the indictment said, adding that he had targeted Nuwara's torso "with the intent of causing him grave injury, and while anticipating the possibility that he would cause his death".

"All indications show the killing was deliberate and pre-mediated. It was not random fire," Nuwara's father, Siam, told Reuters. "A manslaughter charge is unacceptable. What sentence might he get if the charge is manslaughter?"

Asked to explain the charge, the Jerusalem District Prosecutor's Office did not respond as the court was still in session.

The policeman has previously denied firing live ammunition, saying he used rubber bullets only in the incident outside Israel's Ofer Prison, near the Palestinian town of Beitunia. He has yet to plead to Sunday's charge.