Israel cracks down on stone throwing after Al-Aqsa assault

'Modification of the rules of engagement will be examined as well as the establishment of a minimum penalty for those who throw stones,' Netanyahu 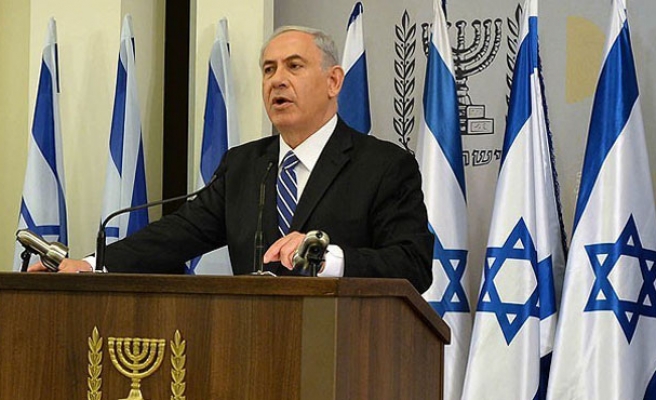 Israeli Prime Minister Benjamin Netanyahu on Wednesday announced a toughening of the penalties for stone throwers, following a third day of Israeli security forces' assault in and around Jerusalem's Al-Aqsa mosque compound.

"It has been decided to toughen the measures in many areas; a modification of the rules of engagement will be examined as well as the establishment of a minimum penalty for those who throw stones," Netanyahu said at the start of an emergency meeting of his ministers and security officials.

He added that their would be "significant fines" for minors who commit such offences, as well as for their parents.

Young demonstrators threw stones at police who had entered the compound in large numbers and responded with stun grenades.

The Jordanian-run Waqf organisation which administers the site said that police entered deep inside the mosque and caused damage.

"On the day before (Jewish) New Year, it has been proved once again that stones can kill," said Netanyahu, alluding to the death of an Israeli driver who lost control of his car after apparently being hit by stones in Jerusalem on Sunday.

Israel seized east Jerusalem, where Al-Aqsa is located, in the 1967 Six Day War and later annexed it in a move never recognised by the international community.

During the emergency meeting overnight Tuesday, also attended by Israeli Defence Minister Moshe Yaalon and Justice Minister Ayelet Shaked, Netanyahu insisted that the status quo at the mosque should be maintained.

He added that he would not let the trouble-makers upset visit by Jews to the site.

The site is the third-holiest in Islam but also venerated by Jews as the Temple Mount.

"Israel is determined to maintain the status quo at Temple Mount," Netanyahu stressed.

According to that status quo, Muslims may can use the mosque when they wish.

Jews are allowed to visit the compound at certain times, but are forbidden from praying there for fear of sparking tensions with Muslim worshippers.

The arrival of more than a thousand tourists and Jews for New Year reinforced fears among Palestinians and Muslim authorities that Israel is wants to scrap the current arrangements and impose a division of the use of the compound; Jews in the morning and Muslims for the rest of the day.