Israel's Iron Dome batteries deployed near Lebanon's border in preparation for possible attack from Hezbollah. Israel's Channel 10 quoted farmers in the area as saying that the army has barred them from approaching the area. 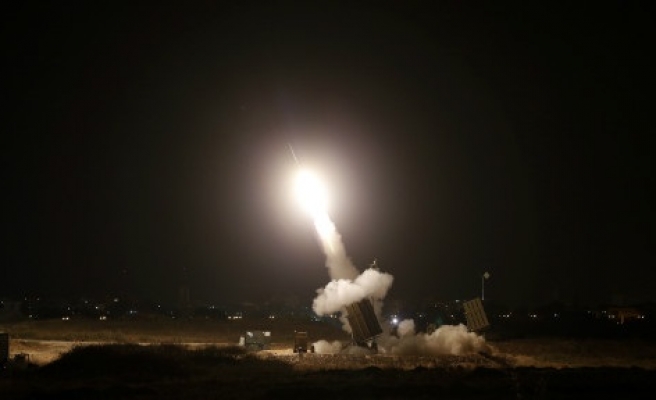 Israel has moved several Iron Dome missile defense system batteries to its northern border with Lebanon, amid concerns of possible attacks from Hezbollah, according to media reports.

The Israeli army spokesman did not reveal any details on the number and location of the batteries deployed.

The Israeli army on Monday declared the border area with southern Lebanon a "closed zone" and barred Israeli farmers from approaching it, one day following the killing of six Hezbollah members in an alleged Israeli airstrike in Syria.

The channel also quoted farmers in the area as saying that the army has barred them from approaching the area.

Israeli Prime Minister Benjamin Netanyahu called for security cabinet meeting on Tuesday to discuss the developments on the Israel's northern front after the reported death of the six Hezbollah members in Syria, Israel's military radio said.

The Israeli army has also boosted its troops in the country's northern region, the radio said.

The security measure is believed to have been taken in the face of a possible Hezbollah retaliation for the Israeli strike that killed their militants.