Israeli police stormed the home of Adnan Ghaith, Fatah's secretary in Jerusalem, and his brother Sadeq in the Silwan neighborhood, in the early hours of Tuesday, detaining both men. 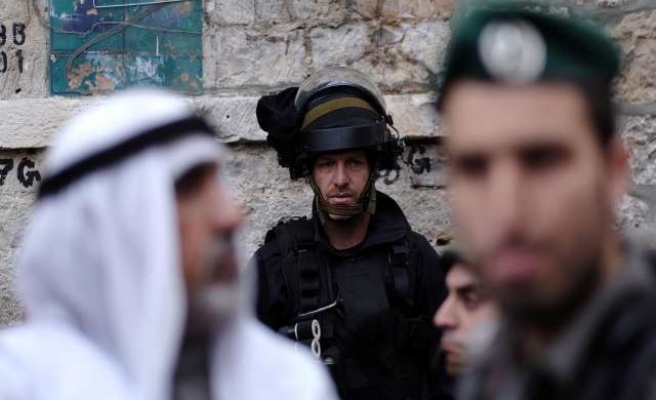 Israeli police on Tuesday detained a senior Fatah leader after storming his home in occupied East Jerusalem, a group spokesman has said.

According to Fatah spokesman Ahmed Assaf, Israeli police stormed the home of Adnan Ghaith, Fatah's secretary in Jerusalem, and his brother Sadeq in the Silwan neighborhood, in the early hours of Tuesday, detaining both men.

"The storming of Ghaith's house by Israeli forces and his subsequent detention is proof that the occupation government is going ahead with its policy of escalation and violence, especially in occupied Jerusalem," Assaf said in a statement.

Meanwhile, the Palestinian Prisoners' Society, an NGO, said Israeli forces had detained eight Palestinians – including the Ghaith brothers – in raids in East Jerusalem and the West Bank.

The Israeli police have yet to comment on the detentions.

The crackdown comes amid heightened tension in the region since late last month, when Israel briefly closed East Jerusalem's flashpoint Al-Aqsa Mosque compound after an extremist rabbi was shot and injured by a Palestinian man in West Jerusalem.

Unrest has mounted in occupied East Jerusalem and the West Bank since the abduction and murder of a Palestinian teenager by Jewish settlers in July and Israel's subsequent 51-day onslaught on the Gaza Strip, in which over 2,160 Palestinians – the vast majority of them civilians – were killed.

In recent weeks, at least 11 Israelis have been killed – and a number of others injured – in a spate of attacks by Palestinians, both inside Israel and in the occupied territories.