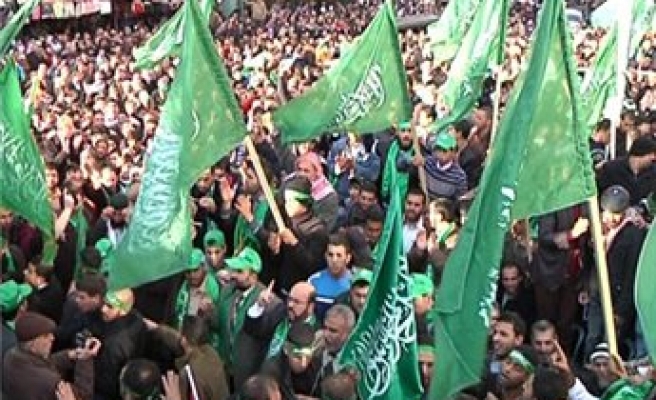 Scores of Palestinians suffered temporary asphyxiation on Friday when Israeli forces dispersed several Hamas rallies in the West Bank staged in solidarity with the Al-Aqsa Mosque.

Clashes erupted between Palestinian protesters and Israeli forces when the latter attempted to disperse a rally set out from the Qalandia refugee camp, according to an Anadolu Agency reporter.

Similar clashes broke out in in Bethlehem and the Al-Ram village north-east of East Jerusalem.

On Thursday, Hamas called for massive rallies on Friday to protest Israeli "practices" against the Palestinians and holy sites in Jerusalem.

Tension has run high in the West Bank and East Jerusalem in recent months following Israel's 51-day military onslaught on the Gaza Strip in which over 2,160 Palestinians were killed.

Moreover, increasingly frequent intrusions by Jewish settlers and Israeli officials into East Jerusalem's flashpoint Al-Aqsa Mosque compound – along with fresh restrictions on Muslim worshippers at the site – have angered Palestinians and often led to clashes.

Since then, six Israelis, including two security personnel, have been killed – and several others injured – in a spate of attacks by Palestinians both inside Israel and in the occupied territories.