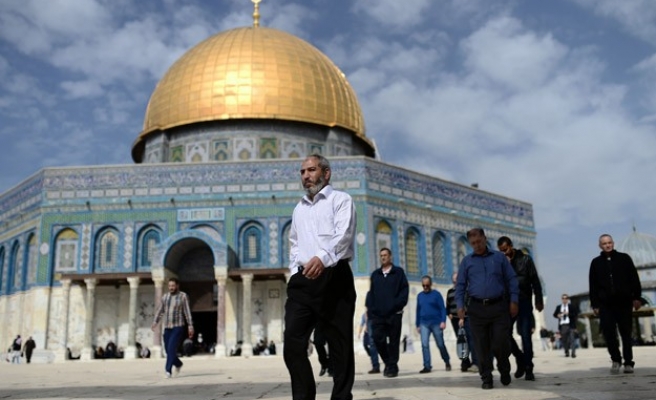 Israeli authorities have dropped restrictions on access to the Al-Aqsa Mosque in East Jerusalem, allowing worshippers of all ages into the holy city.

Israeli police said Thursday that there will be no age restrictions on Muslim worshipers for Friday prayers at the Al-Aqsa Mosque.

After the meeting, Netanyahu said that Israel was committed to preserving the current situation at holy sites in East Jerusalem, according to a statement by the Jordanian royal court.

A top American diplomat also said “steps had been agreed upon to lower tensions between Israel and the Palestinians over Jerusalem’s holy site,” Israeli media reported.

Earlier this month, Jordan – which is responsible for Jerusalem's holy sites in line with a 1994 peace treaty with Israel – has recently recalled its ambassador in Tel Aviv to protest Israeli "violations" in East Jerusalem.