Activists in Jordan have called for a "million-man march" against the Israeli mission in Amman on Thursday. 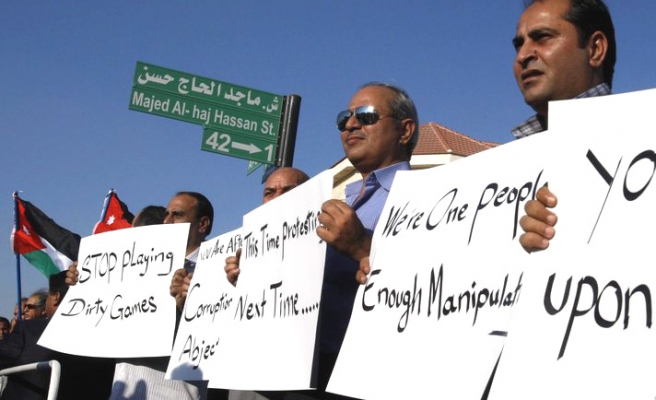 Israel ambassador to Jordan left the country and lmost all staff have been cleared out of the Israeli embassy ahead of demonstrations against its embassy in Amman, Israeli diplomatic sources said on Thursday.

Activists in Jordan have called for a "million-man march" against the Israeli mission in Amman on Thursday.

They said Ambassador Daniel Nevo and his senior staff, who routinely spend weekends in Israel, were brought back early after being warned of imminent pro-Palestinian protests.

Last weekend, protesters stormed Israel's embassy in Cairo in a 13-hour demonstration that prompted the evacuation of nearly all Israeli diplomats from Egypt.

Israel would decide on Saturday whether its Amman diplomats would go back on Sunday as usual, the diplomatic sources said.

A skeleton staff remains at the embassy, which is under heavy Jordanian guard.

Whereas pro-democracy protests have toppled the leadership in Egypt, in Jordan, King Abdullah has taken some of the steam out of protests since January with extra subsidies and reform.