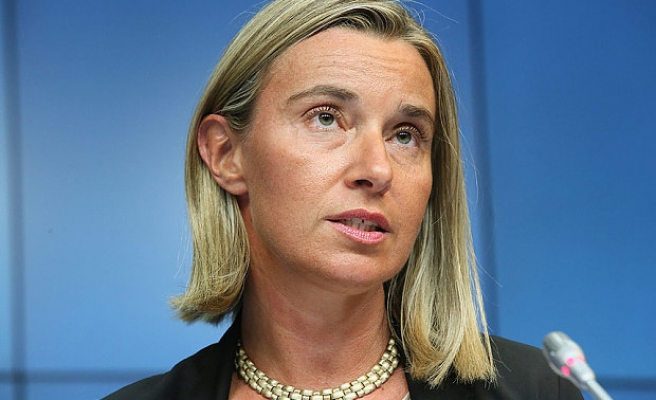 Israel has resolved a weeks-long diplomatic row with the European Union following an earlier decision by the latter to label products made in illegal Jewish settlements in the Israeli-occupied West Bank, Israel’s Foreign Ministry said Saturday.

"Israel and the EU are back to [their] close and good relations," Nahshon said.

The spokesman added that Netanyahu and Mogherini had agreed on the importance of maintaining good relations between Israel and the EU, following the latter’s decision to label imported products made on illegal Jewish settlements in the West Bank.

"The two sides agreed that relations should be conducted in an atmosphere of confidence and mutual respect," Nahshon said.

"Prime Minister Netanyahu… welcomed the EU’s position that opposes any boycott against the state of Israel," he added.

Nahshon also said Israel had received assurances that the EU’s decisions would not prejudge the outcome of future negotiations over the border between Israel and a future Palestinian state, which must be resolved by the parties themselves.

The EU has been locked in a protracted dispute with Israel since it implemented new regulations prohibiting goods made on Jewish West Bank settlements from being marketed in EU member states as "Made in Israel".

Last November, the EU instructed member states to label products manufactured on Jewish settlements in the Israeli-occupied West Bank, East Jerusalem and the Golan Heights as "Made in settlements" rather than "Made in Israel".

The row escalated last month when EU foreign ministers passed a resolution endorsing the new regulations and describing Israel's construction of Jewish-only settlements on confiscated Palestinian land in the West Bank as "illegal".

Israel had responded by accusing the EU of applying "double standards" and had threatened to bar the pan-European body from playing a role in future Israel-Palestine peace talks.