Israeli had detained around 3,000 Palestinians – for varying periods – since June of this year, some 30 percent of whom were children 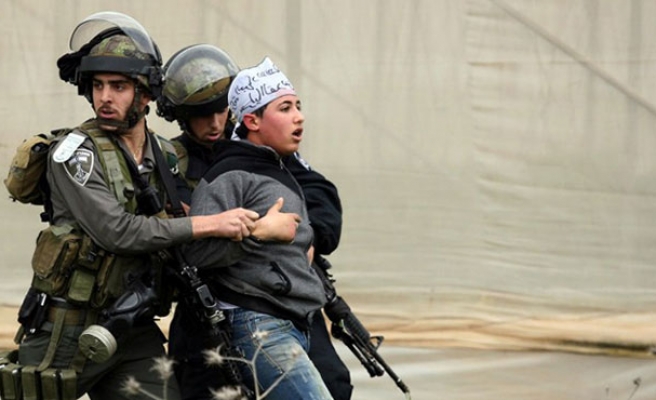 Since 2000, the Israeli army has held around 10,000 Palestinian minors in the occupied West Bank and Jerusalem for varying periods, a Palestine Liberation Organization official said Wednesday.

"Israel does not provide any immunity for children and regularly violates international agreements on children's rights by humiliating and torturing them and denying them fair trials," Issa Qaraqe, head of the Palestinian Liberation Organization's committee on detainees, said in a statement.

The release was issued to mark the 25th anniversary of the adoption of the Convention on the Rights of the Child by the UN General Assembly.

Qaraqe went on to say that Israel had detained around 3,000 Palestinians – for varying periods – since June of this year, some 30 percent of whom were children.

Most detained minors hailed from Jerusalem, he said.

Around 95 percent of detained children were subject to beatings and torture by Israeli security personnel while in detention, while many were forced to make confessions under duress and undergo unfair trials, he said.

No Israeli official was available for comment on Qaraqe's assertions.

The atmosphere in the flashpoint city became even more charged last month after Israeli authorities briefly closed the Al-Aqsa Mosque compound following the shooting of an extremist rabbi in West Jerusalem.

Over 7,000 Palestinians continue to languish in prisons throughout Israel, according to the Palestinian Ministry of Prisoners' Affairs.