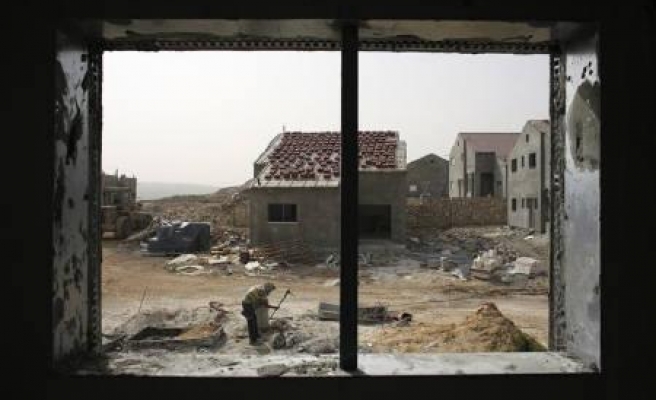 The Israeli army on Wednesday imposed a curfew on a village in the West Bank city of Nablus following clashes with stone-throwing Palestinians, eyewitnesses said.

"An Israeli military force stormed the Hawara village and imposed a curfew," an eyewitness told The Anadolu Agency.

The witness said that shops were forced to close and people and vehicles were banned from moving.

According to witnesses, the curfew was imposed after Palestinian youths threw rocks and petrol bombs at an Israeli patrol in the village. No injuries were reported.

On Tuesday, Jewish settlers staged attacks on Palestinian homes in the village.

Tension has been running high in the West Bank and East Jerusalem in recent months following the abduction and murder of a Palestinian teenager and Israel's subsequent military onslaught on the Gaza Strip in which over 2,160 Palestinians were killed.

Moreover, increasingly frequent intrusions by Jewish settlers and Israeli cabinet ministers and MPs into the Al-Aqsa Mosque compound – along with fresh restrictions on Muslim worshippers entering the site –have angered Palestinians and often led to clashes.