The indictment against Mansouri said the 55-year-old suspect's main mission was to set up a folding windows firm in Israel as a cover for espionage activities. 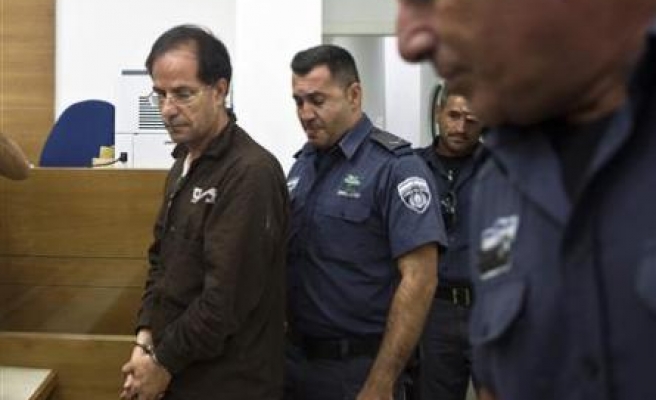 Israel on Sunday indicted a Belgian-Iranian man on charges of spying for Iran, saying he had been sent to the Jewish state to set up a business as a front for intelligence gathering.

Ali Mansouri, whose Sept. 11 arrest in Tel Aviv was disclosed a week ago by Israel, did not enter a plea ahead of a public reading of the indictment in court in two weeks' time.

News of his detention coincided with a visit by Prime Minister Benjamin Netanyahu to the United States that focused on Iran's nuclear programme. Some Israeli analysts questioned the timing of the affair, suggesting it was being showcased as part of efforts to discredit Tehran's new opening to Washington.

In a speech to the U.N. General Assembly on Tuesday, Netanyahu said an Iranian agent had been arrested trying to collect information for possible attacks on the U.S. Embassy in Tel Aviv.

The indictment against Mansouri, while noting he had taken photographs of the exterior of the beachside embassy, said the 55-year-old suspect's main mission was to set up a folding windows firm in Israel as a cover for espionage activities.

"He hoped to sign business contracts that would enable his handlers to establish a company that would be used in the future by Iranian intelligence," said the charge sheet, released by the Justice Ministry.

Mansouri, whom Israel said was born in Tehran and had legally changed his name in Belgium to Alex Mans, was charged with espionage and aiding an enemy during wartime.

Speaking to reporters last week, Mansouri's lawyer, Michal Okabi, said the case was complicated and any attempt to claim he had come to Israel to carry out attacks was "far from reality and without foundation".

Israel and Iran are bitter adversaries. Israel, widely believed to be the Middle East's only nuclear power, says Iran is covertly seeking to develop atomic weapons. Iran says it is enriching uranium solely for peaceful purposes.