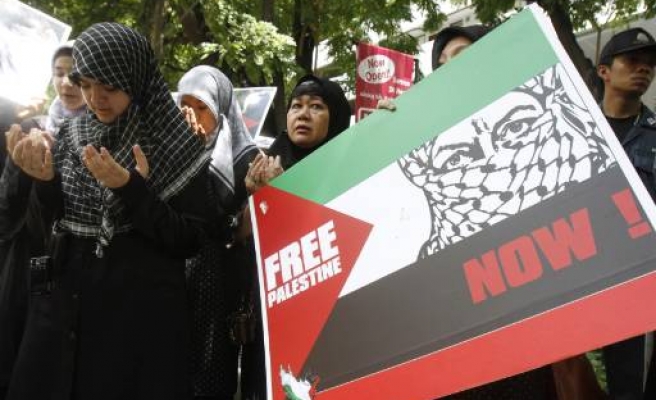 Eight Palestinians, including a local commander of the Islamic Jihad in Gaza, were killed since a truce was called on Monday, raising to 26 the number of Palestinians killed in Israeli air strikes in the past week.

An Israeli man has also been killed in rocket attacks launched by Gaza militants since the weekend.

The Palestinian official who spoke on condition of anonymity, said Israel and the Islamic Jihad group both told Cairo they would abide by the Egyptian and United Nations mediated truce announced on Monday.

A statement issued overnight by Taher al-Nono, spokesman of the Hamas government in Gaza, said his administration held talks with Egypt and the United Nations to press Israel to stop attacks and urged factions to stop rocket fire into Israel.

An Israeli military spokeswoman said no rockets had been fired from Gaza since Thursday.