Israel-Jordan gas deal in jeopardy due to Gaza

Experts say the implementation of the Israeli-Jordan gas agreement may face difficulty due to Jordanian public's Gaza sensitivity. 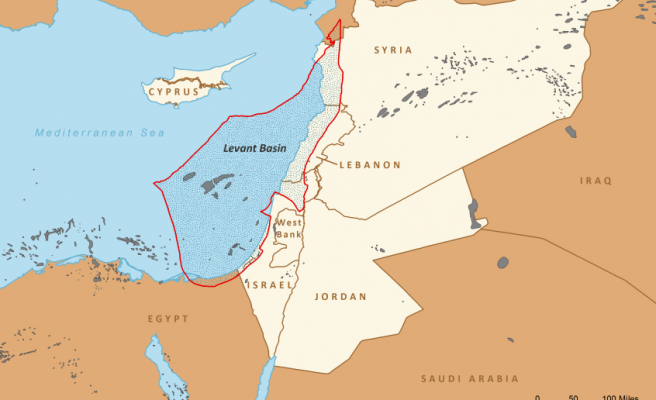 Israel and Jordan last Thursday signed a memorandum of understanding to supply Jordan with 45 billion cubic meters of gas from Israel's Leviathan offshore field which is estimated to produce 2 trillion cubic meters over 15 years. Experts told Anadolu Agency, however, it is difficult to finalize the agreement as the Jordanian public remains sensitive to dealing with Israel due to the recent Israeli assault on Gaza.

"It is not yet the final agreement, but we speak here about a letter of intention," emphasized Professor Eyal Zisser, head of the Department of Middle Eastern and African History of Tel Aviv University adding that his advice is to wait for political reactions inside Jordan.

Oded Eran, an energy expert from the Institute for National Security Studies, said the idea is to create a new entity which is not legally identified with Israel but which will allow Israel to be the contractual seller to the Jordanian Electricity Company, NEPCO.

He said the American Noble Energy is one of the parties that has signed the memorandum of understanding, along with three other Israeli companies.

Robin Mills, the head of Dubai-based Manaar Energy Consulting and Project Management noted the relatively small but very useful deal for Jordan would be supplied to the power producing facility, which will also save on expensive oil burning fuel which Jordan relies on mostly to produce power.

Jordan signed a "cold" peace agreement with Israel in 1994 but the Israeli occupation of Gaza continued to be point of sensitivity. During Israel's latest Gaza offensive, Jordanians made a series of protests.

The Leviathan gas field off the coast of Israel is a major gas hub in the region, and holds nearly 600 billion cubic meters of gas.

Turkey not affected by deal

The 15-year, $15-billion deal by Israel to become Jordan's main supplier of natural gas will not diminish the possibility of Israeli gas reaching Turkey in the future, experts said.

“The Israeli government is trying to diversify its gas-exporting routes by making agreements with its neighboring countries,” Sohbet Karbuz, director of hydrocarbons at the Paris-based Mediterranean Observatory for Energy, told The Anadolu Agency by email.

Karbuz said the deal with Jordan will require a minimum amount of investment, as Israel will only need to make small additions to its current pipeline system to make the gas flow to Jordan.

“I do not expect this agreement to have any effect on the potential export of Israeli gas to Turkey in the future,” Karbuz said.

Karen Ayat, an energy analyst and associate partner at Natural Gas Europe said Israel may start by exporting to immediate neighbors, such as Jordan.

“In fact, Israel has expressed its intention to export to Egypt and use its unused export terminals to reach export markets,” Ayat said, referring to a deal reached in August by Noble and Delek, the two energy companies with operating rights in Leviathan. The two companies signed a preliminary agreement with British oil and gas company BG to export 7 billion cubic meters of gas to BG’s gas facility in Egypt for 15 years.

“But Israel is likely to opt for the diversification of its export routes, and such a strategy may include Turkey in the future,” Ayat added.

Amit Mor, chief executive of Eco Energy, a Tel Aviv-based financial and strategic consulting firm specializing in Middle East energy, said negotiations for the agreement has been going on for three years, with Noble and partners and Jordan.

“This agreement has been fully supported from left to right in Israel,” Mor said.

Mor said the dynamics of the Middle East are changing quickly and Israel is aligning itself with moderate parties in the region -- primarily Egypt, Jordan, Saudi Arabia and smaller countries in the Persian Gulf.