Located in Al-Zaeem village in East Jerusalem, homes had belonged to Al-Saeery family and had housed around 70 family members 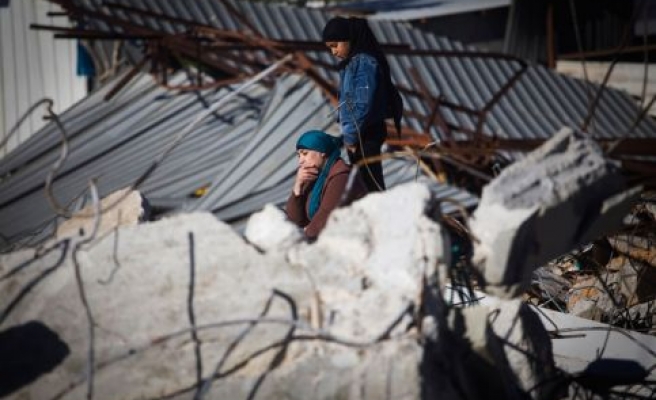 Located in the East Jerusalem village of Al-Zaeem, the homes had belonged to the Al-Saeery family and had housed around 70 family members.

According to Naif al-Saeery, the homes – located in "Area C" of the West Bank – were built on plots of land bought by his family 40 years ago.

Under the 1993 Oslo Accords, Palestinians who want to build homes in the area must first obtain authorization from Israeli authorities.

An Israeli court had earlier ruled for the demolition of the seven homes.

Although the Al-Saeery family successfully appealed the verdict, the court nevertheless upheld the initial ruling, giving the family 72 hours to leave the property.

Al-Saeery said the authorities had begun demolishing the homes even before the expiration of the deadline.

"One family member had been about to get married in one of the homes that was torn down," he told Anadolu Agency.

"There is an Israeli plan to clear areas inhabited by Bedouin who left their land in 1948," said lawyer Bassam Bahr, head of the Committee to Defend Land and Resist Occupation, a Palestinian lobby group.

"Israel wants to use this land to build more [Jewish-only] settlements," he asserted.

According to Bahr, Bedouin tribesmen who lost their land with the advent of Israel in 1948 later settled in East Jerusalem's Khan al-Ahmar area.