Israel lists names of 26 Palestinians to be freed

The decision was made late Sunday by a panel of three cabinet ministers headed by Defence Minister Moshe Yaalon and security and legal personnel. 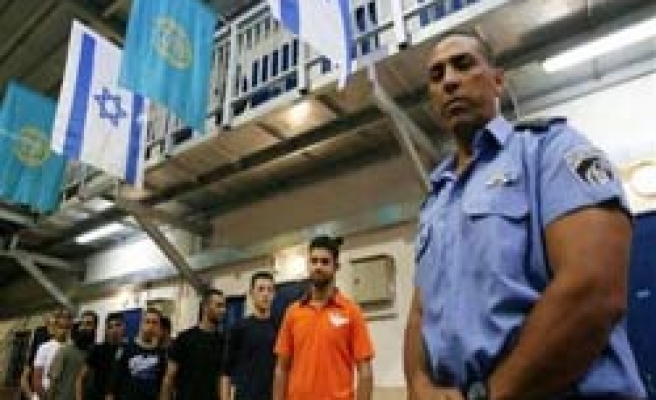 Israel on Monday published a list of 26 Palestinian prisoners set to go free within days, some after spending more than two decades behind bars, in the first stage of a deal that led to a resumption of U.S.-backed peace talks last month.

The decision was made late Sunday by a panel of three cabinet ministers headed by Defence Minister Moshe Yaalon and security and legal personnel.

Families of Israelis victimized by the inmates' attacks have 48 hours to appeal their planned release to the high court. Based on past decisions, the court was unlikely to intervene.

The prisoners were the first group of 104 Israel has already decided in principle to free as part of an agreement reached after intensive shuttle diplomacy by U.S. Secretary of State John Kerry to renew talks for Palestinian statehood. They reconvened on July 30.

Palestinian President Mahmoud Abbas had demanded the release of these men, many held since before a 1993 interim peace deal with Israel, as a condition for agreeing to resume talks that broke down in 2010 in a dispute over Jewish settlement building.

Washington has set a target of nine months for the talks. A second round of negotiations was expected to convene on Wednesday in Israel, and later in the occupied West Bank.

Fourteen of the prisoners going free will be deported or sent to the Gaza Strip, and 12 to the occupied West Bank. Two of the prisoners would have served out their sentences in another six months, and six others over the next three years.

Some of the families of Israeli victims of attacks for which these prisoners were convicted were bitterly opposed to their release, joined by far-right cabinet ministers who voted against the deal last month.

Most of the inmates on the list, as published by Israel Prisons Authority, were jailed between 1985 and 1994. They were convicted of murder, attempted murder or acting as an accomplice in a lethal assault.

Housing Minister Uri Ariel of the far-right Jewish Home party told reporters in anticipation of Sunday's decision that he was "against freeing terrorists. It goes against our security interests".

Israel has a number of times freed Palestinian prisoners before they served out their time, but mostly in swaps for Israeli soldiers or their remains held by the Jewish state's enemies.

For Abbas the prospective prisoner release is a triumph after years of disappointing talks with Israel. Many of the inmates were said to have had an affiliation with his Western-backed Fatah movement or one of its allies.

Israeli media said some of those being freed belonged to the Hamas group that controls the Gaza Strip and rejects any recognition of Israel.

With thousands of Palestinians in Israeli jails, the prisoners issue is highly charged in occupied land, and winning concessions from Israel in this regard carries prestige.

While condemning settlement expansion, Palestinians have stopped short of threatening outright to abandon the negotiations.

The Israeli Housing Ministry said on its website that tenders were issued for building 793 homes in areas of the West Bank that Israel annexed after capturing the territory and the eastern part of Jerusalem in the 1967 Middle East war.

Plots for the construction of 394 units were being sold in Ariel, Efrat, Maale Adumim and Betar, settlements in areas Israel has said it aims to retain in any land-for-peace accord.

Israel's military-run Civil Administration in the West Bank gave preliminary approval on Thursday for the construction of more than 800 new settler homes, some of them in isolated settlements. But it said it needed government approval before building could begin.

Most world powers regard all the settlements as illegal and Palestinians say the enclaves could deny them a viable and contiguous state.

"The international community must stand with this peace process and must stand shoulder to shoulder with us and hold Israel accountable for its continuing settlement activities," Palestinian chief negotiator Saeb Erekat told Reuters.

Some 500,000 Israeli settlers live in the West Bank and East Jerusalem amid 2.5 million Palestinians. Israel withdrew in 2005 from the Gaza Strip.